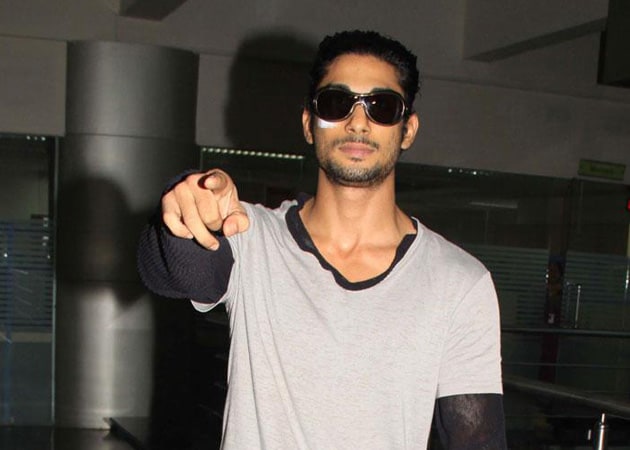 He has tasted both success and failure and Prateik Babbar, currently busy with producer Shailesh Singh's psychological thriller Rum Pum Posh, believes in giving his best to his craft without worrying about box office numbers.

He has tasted both success and failure and Prateik Babbar, currently busy with producer Shailesh Singh's psychological thriller Rum Pum Posh, believes in giving his best to his craft without worrying about box office numbers.
"I believe in working hard and giving my best shot. My films do well at the box office or no, that's not in my hands. I always take criticism in a positive way and try to give my best," said Prateik.
His previous films like My Friend Pinto (2011) and Ekk Deewana Tha (2012) were not a big success and his last release, director Manish Tiwary's Issaq, a modern adaptation of William Shakespeare's play Romeo And Juliet, got a lukewarm response at the box office.
But the 26-year-old is happy with his career.
"I am satisfied with my work, but I just don't want to get typecast ever. I do films that connect with me. It's been a learning and exciting journey. My motto is to make people happy with the films I do," he said.
Prateik, son of actor-politician Raj Babbar and late actress Smita Patil, also said that being a star kid definitely helps in the industry.
"It helps to start, to step forward. But then it's all about proving you at every point of time. If you don't do well, nobody will give you work, your fans won't accept you and then your parents will also be of no help," he said.
Talking about his dad, he said: "I share a friendly relationship with my father. I can discuss anything with him. He guides and supports me, tells me to respect people in the industry and the opportunities that come my way," he added.
As far as fitness is concerned, Prateik said: "I do like having a good body. I work out and follow a strict diet, which includes green vegetables and white meats. Also, I keep changing my fitness regime according to my roles in different films," he ended.