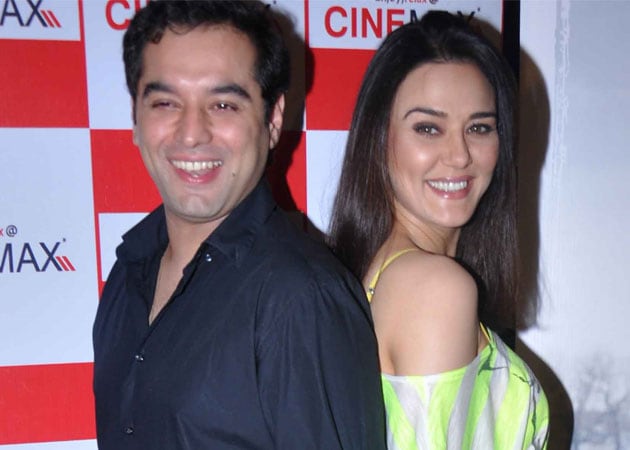 Preity is producing the movie Ishkq in Paris directed by Prem Raj.

Preity Zinta's production venture Ishkq in Paris is finally releasing on May 24. She says the film's release was delayed because of director Prem Raj's health.

Bollywood actress Preity Zinta's production venture Ishkq in Paris is finally releasing on May 24. She says the film's release was delayed because of director Prem Raj's health.
She said that besides this, there was nothing else that caused a delay in the release of the movie, which was earlier to release in 2012.
"Prem was very sick. He had to go for a surgery. I decided not to release the film without him. He is not just my director, but also a good friend," Preity said at a press conference here on Tuesday.
"In life, sometimes you don't make commercial decisions, but make human decisions," she added.
Preity admitted the delay affected her financially.
"But I could afford it," she said. "I don't believe that business should be done ruthlessly."
Reacting to rumours that the film didn't have buyers, Preity said: "I will be producing again. I want to do bigger and better things. I hear these rumours from one ear and remove them from the other. I can only hit back by making sure that I do good work."
Ishkq In Paris is getting a solo release, and Preity couldn't be happier.
"Every producer wants a solo release. You have to plan all this as a producer," she said, adding that she has big plans to promote the film well.
However, she isn't sure if superstar Salman Khan, who is a part of a song in the film, will be involved in the publicity.
"We will do city tours and innovative things. Salman is in the film, but is not the main character. It is unfair to let people think this," she said.
The film also stars Rhehan Malliek and Isabelle Adjani.