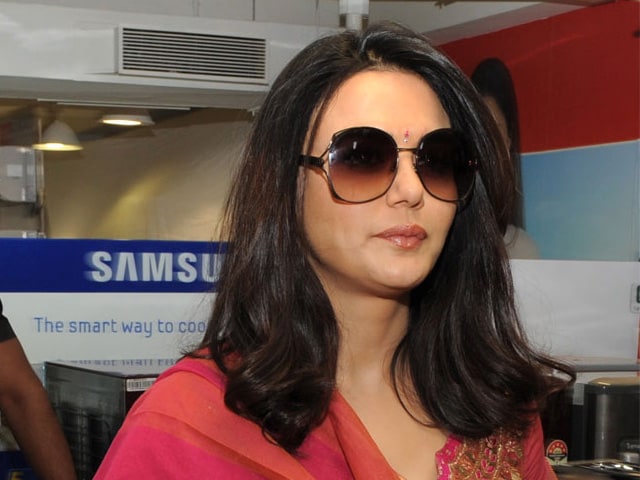 "Yes, I'm in a relationship with someone nice. Finally, I have time for myself as the cricket doesn't need me physically," says Preity

Actress Preity Zinta has closed the Ness Wadia chapter and moved on to a new relationship.
A report in Mumbai Mirror quotes Preity as saying, "Yes, I'm in a relationship with someone nice. Finally, I have time for myself as the cricket doesn't need me physically." She didn't explain who the nice someone is.
In June last year, Preity filed a police complaint accusing Wadia Group scion Ness of having attacked her at an IPL match in Mumbai's Wankhede Stadium. Ness and Preity, co-owners of the Indian Premier League (IPL) franchise Kings XI Punjab, are believed to have dated for five years between 2005 and 2009.
Preity, star of films such as Salaam Namaste and Veer-Zaara, has also returned to her showbiz roots after several years of making the IPL her focus. The actress is judging the seventh season of celebrity dance contest Nach Baliye 7 with writer Chetan Bhagat. "It's not just about dance. It's also about couple's relationship, chemistry, what they do and more. There will be too much of dance, fun, emotion, drama and entertainment," Preity told news agency IANS.

Saying that IPL 'doesn't need' her anymore, Preity explained to IANS why she made fewer films in the last eight years: "Acting is not something that you can just do. When you go and start performing, you put yourself in a safety deposit box and you become somebody else. A lot of me was required in cricket because I was starting a new business. I went through the whole process on my own and I didn't think it was possible for me to do all that and become somebody else. Something was going to suffer and after all these years in the industry, I didn't want to end up doing films where either production suffered or I as an actor suffered."
In 2013, Preity the actress made a comeback with the poorly-received Ishkq in Paris which she produced as well as starred in. She's currently filming Bhayyaji Superhitt with Sunny Deol.