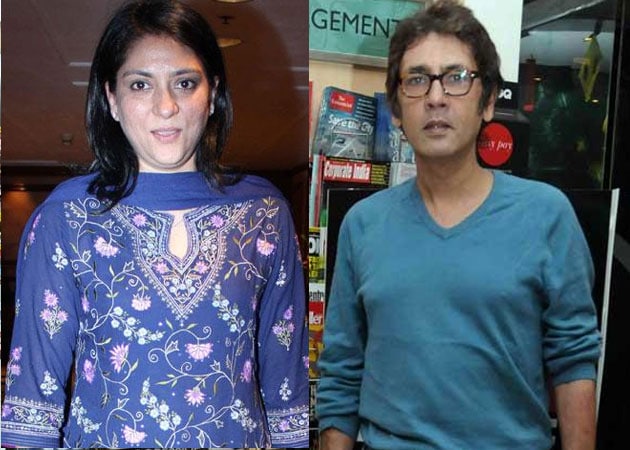 Actor Sanjay Dutt's sister and Congress MP Priya today attended the first look of brother's upcoming film Policegiri.
Dutt, 53, had completed the shooting of Policegiri just before he was to surrender himself for three-and-a-half year sentence in the 1993 Mumbai serial bomb blast case.
Policegiri, a remake of 2003 Tamil hit Saamy, is directed by KS Ravi Kumar.
"As T P Agarwal (Producer) said the film is special for them and Sanjay, I wish success and good luck for the film,"
Priya told reporters here at the first look of the film.Dutt's bother-in-law Kumar Gaurav was also present on the occasion. There were rumours that Sanjay's wife Manyata would step in to promote the film but she did not turn up for today's event.
The team of Policegiri including director K S Ravikumar,producers - Rahul and T P Agarwal, actress Prachi Desai,choreographer Ganesh Acharya and others seemed quite emotional as they were missing the actor.