Priyanka Chopra and I don't have a fight, says cousin Meera Chopra 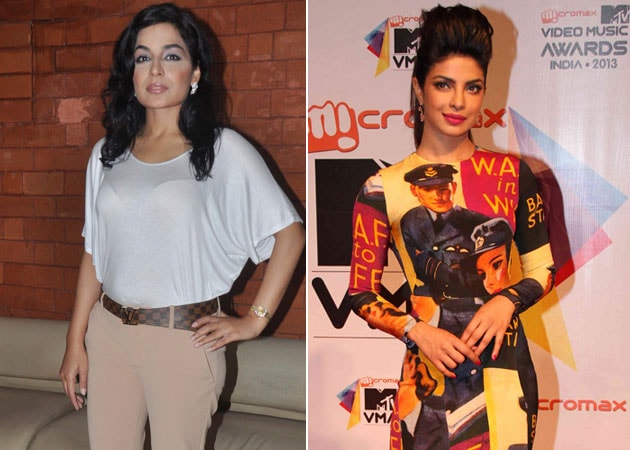 Actress Priyanka Chopra's cousin Meera has clarified that there is no tiff between them but they are not the best of friends either.

Actress Priyanka Chopra's cousin Meera has clarified that there is no tiff between them but they are not the best of friends either.
"There is no tiff as such. In fact, our families are very close. My parents are very close to Priyanka's parents. It's just that we are not close buddies. So there is no tiff between us," Meera said at the muhurat of her film Gang of Ghosts here on Thursday. Not new to showbiz, Meera made her debut in films with hit Tamil movie Anbe Aaruyire and went to do several southern movies like Vaana and Maaro.
Now she is entering the Hindi film industry with director Satish Kaushik's Gang of Ghosts. She is confident the film will be a hit.
"When Satishji narrated the script, I was laughing like crazy. So, when you laugh that much at narration, you can imagine how much the audience would laugh. So, I think it'll be a sure shot hit. It is very important to have a hit movie at the beginning," said Meera.
She has also signed third instalment of Vikram Bhatt's 1920 franchise and is excited about her role.
"I have been trying since last one year. My main aim was to work with good production houses, good directors and have a good role. My role in 1920 was so mind-blowing that when Vikram narrated me the script, I didn't even ask him who the actor was," she said.