Priyanka Chopra and Lilly Singh's tutorial, How to Be a Good Wing Woman, is a hit on YouTube 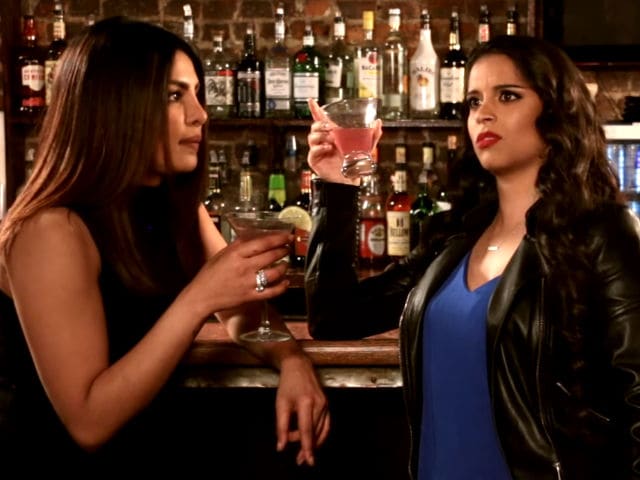 Bollywood actress Priyanka Chopra and YouTube star Lilly Singh's (who goes by the moniker of Superwoman) new video for Christmas is all what the Internet can talk about. Lilly shared the video titled How to Be a Good Wing Woman, on YouTube on Christmas Eve, which Priyanka shared on Twitter saying: "This was so much fun. Merry Christmas everyone." Priyanka and Lilly's has more than 6 lakh views on YouTube in less than a day. In the video Priyanka and Lilly are catching up over drinks a in a bar called "Bottoms Up." Priyanka's beau just broke up with her on Snapchat (who does that?) and Lilly is eager for her to move on.
Watch how Lilly's attempt to be the perfect wing-woman for her heartbroken friend Priyanka takes a hilarious turn:
(Viewer discretion advised. Some content in this video may be unsuitable for children.)

Priyanka Chopra and Lilly are also talking about a second collaboration already.

Priyanka Chopra recently returned home after spending almost the entire year in New York where she was busy filming television show Quantico, currently airing its second season. Priyanka plays CIA agent Alex Parrish who is trying to put an end to enemies' sinister plans.
Priyanka is also all set for her Hollywood debut with Baywatch, based on the popular television series of the same name. Baywatch, which releases in May 2017, stars Priyanka as antagonist opposite Dwayne Johnson-lead lifeguard gang. The film is directed by Seth Gordon.
Priyanka's last Bollywood film was Jai Gangaajal, which released earlier this year. Soon after she returned Priyanka announced that she'll also sign two Hindi films soon which will be made next year. After the holidays, Priyanka will resume the shoot of Quantico.