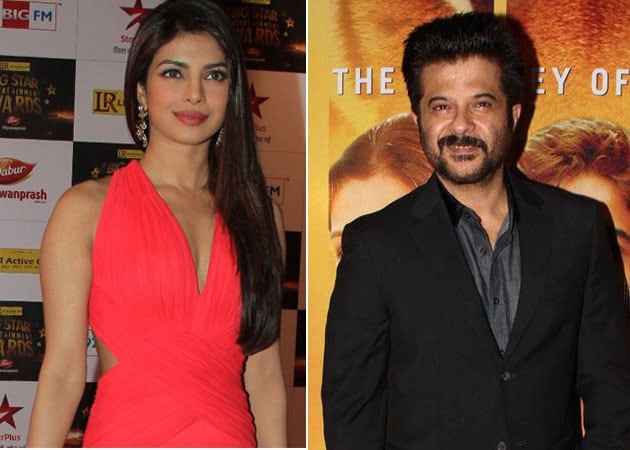 Priyanka and Anil's tour will last for three days

Bollywood stars Anil Kapoor and Priyanka Chopra will set out on a three-day tour to Los Angeles, Tampa Bay and New York, starting on January 13.

Bollywood's jhakaas star Anil Kapoor and desi girl Priyanka Chopra will set out on a three-day tour to Los Angeles, Tampa Bay and New York, starting on January 13, with the International Indian Film Academy (IIFA) management to create a buzz about the 15th edition of the awards extravaganza.
This year, the IIFA awards will take place in Tampa Bay, Florida.
Together, they plan to make the right noises about the upcoming edition of the IIFA awards, which will happen for the first time in the USA from April 24-26.
Both Anil and Priyanka have an international connect. While Anil is popular for his act in the Oscar-winning film Slumdog Millionaire and TV show 24, Priyanka launched her career as a singer with her first single In my city in the US.
"We are very excited to bring IIFA to Tampa Bay. With the support of representatives of Visit Tampa, we have been able to conceptualize and actualize an incredible event. There will be music, dance and a whole lot of spice. We're looking forward to giving our fans and new audiences the experience of a lifetime," Priyanka said in a statement.
Anil, who recently gave Indian television a desi version of the American series "24", said: "As a friend of IIFA, I am delighted as IIFA makes its debut in the USA through Tampa Bay."
"We commit to give our audience an opportunity to witness one of the finest celebrations of culture and cinema," he added. Meanwhile, Tampa Bay is busy gearing up for the event.
"This tour is just the beginning of a very exciting journey. Our entire region is enthusiastically preparing to welcome tens of thousands of visitors to our destination, and we look forward to serving as great hosts to the biggest and best IIFA awards in history," said Santiago Corrada, president and CEO, Visit Tampa Bay.