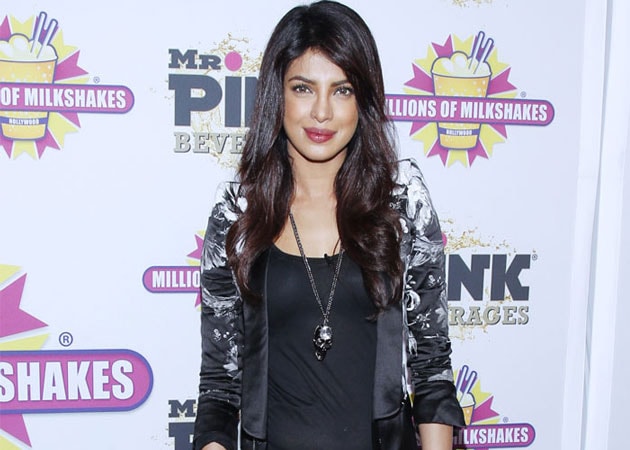 The actress says she doesn?t believe in commenting on controversies that involve her.

Priyanka Chopra might come across as a bold person on the big screen, but she admits that controversies do affect her family.

Priyanka Chopra might come across as a bold person on the big screen, but she admits that controversies do affect her family.
The former Miss World, who has been in the Hindi film industry for a decade, has been caught in several controversies like a cat-fight with actress Kareena Kapoor and an alleged link-up with married actor Akshay Kumar. The family girl says that such controversies hurt.
"I am very private as a person and I believe that by giving a statement to controversies I am giving importance to them due to which many more articles will pop up. Usually, they are very trivial things. I get very hurt and affected by controversies. I am a very family girl and controversies affect my family. I would rather just keep quiet," Priyanka said.
"I am very black and white and have always been honest. I believe in honesty, but I don't believe that the entire world should know about my personal life. I am very private which I think is my right," she added.
The 31-year-old has been a part of multilingual films but wants to explore more.
"I have done Hollywood, Bollywood and Tollywood - everything in just one month. I am an actor. Make me do any film. I worship my work. I don't have any priorities nor am I looking for any big crossovers. I like expanding myself and as an artist wherever I can show my creativity in different ways, be it music, acting or anything. I never take my work for granted," she said.
Many actresses like to play safe, but Priyanka tries to do what people don't expect her to. Whether it is playing an autistic girl or learning martial arts, she is game for all difficult tasks.
"I think I am a very weird kind of person. Whatever is difficult I feel like doing that only. My mom always says why stress yourself so much and work for 24 hours? I try and do what people don't expect me to do. It would be easy for me to keep myself in a safe box which is expected as a heroine. I think it's more fun when you push the limits," she said.
She is dedicated and hardworking for sure, but doesn't take her character home.
"During Aitraaz I was so new and got very much involved in my character. I have realized over time I tried to be a method actor, but it doesn't work for me. I am in the character only between the timespan of the action and the cut. After that I get bored. I can't do it. I do a lot of rehearsal and workshops for a few months," she said.
The actress, who is now busy promoting her upcoming film Zanjeer, directed by Apoorva Lakhia, said: "I do films for strange reasons. When Apoorva came to narrate this film we discussed about my character; when he left I thought I will really enjoy working with him; so I did the film."
She says her character Mala, which was played by actress Jaya Bachchan in the original Zanjeer four decades ago, is completely different.
"I am playing a Gujarati girl from New York who comes to attend a wedding. She witnesses a murder and how things change in her life is the story," Priyanka said.
The film also features Ram Charan and is slated for a September 7 release.