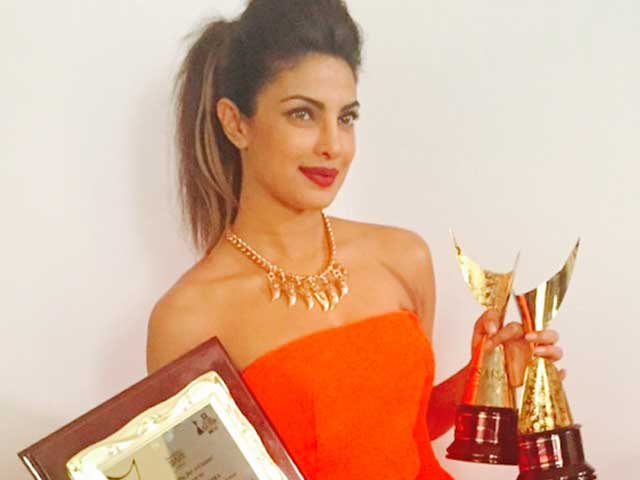 This image was posted on Twitter by Priyanka Chopra

Mary Kom was one of the top gainers at the Renault Star Guild Awards 2015 and actress Priyanka Chopra, who played the main lead in the film, has dedicated its success to her late father Ashok Chopra.

Thank u #starGuildAwards for the acknowledgements tonight.. #MaryKom is for my dad.. Thank you for watching over me pic.twitter.com/YxYix6SZZ4

Priyanka always found a great support system in her father, who passed away after a battle with cancer in 2013. A doctor by profession, he had retired from the Indian Army in 1997 as lieutenant-colonel.

The Fashion actress also has a tattoo of "Daddy's Li'l Girl" on one of her forearms.

Directed by Omung Kumar, the film released on September 5, 2014.

Priyanka, who has earlier called Mary Kom her toughest film ever, credited the film's team for the success of the film.

Congratulations to team #MaryKom for winning 5 tonight. @OmungKumar@SaiwynQ ,Sanjay Sir and everyone who made this possible

At present, the actress is busy shooting for her first period drama Bajirao Mastani, which also stars Deepika Padukone and Ranveer Singh.