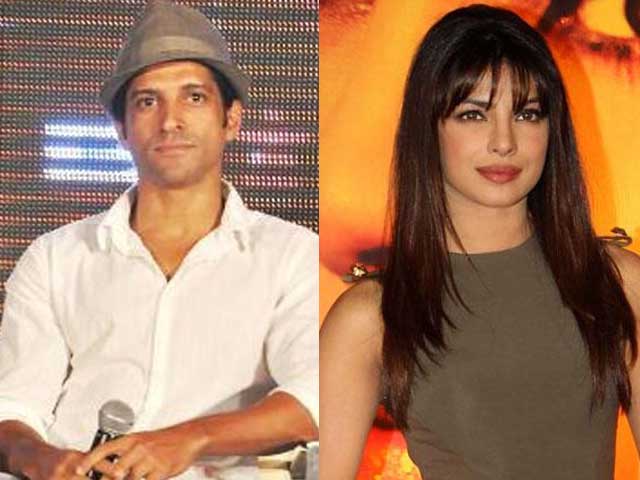 According to sources, the duo have sung a "smouldering smoky love ballad steeped in nostalgia and longing"

Actor-filmmaker-singer Farhan Akhtar has sung the first duet of his career with actress-singer Priyanka Chopra for his sister's forthcoming film Dil Dhadakne Do.

Confirming the exciting combination, Farhan said "Yes, Priyanka and I have sung a duet in Dil Dhadakne Do.

So far, Farhan has only crooned solo songs in Rock On!!, Zindagi Na Milegi Dobara and Shaadi Ke Side Effects.

According to sources, the duo have sung a "smouldering smoky love ballad steeped in nostalgia and longing".

Needless to say the song has been filmed on Farhan and Priyanka, as neither actor-turned-singer is willing to playback for other actors.

"I don't see myself giving voice to other actors. It just doesn't work for me," said Farhan.

As for Priyanka, one has ample reason to believe she wouldn't sing for other heroines, especially when the new breed of female actors are most eager to give voice to their own songs. Actress Alia Bhatt crooned in Humpty Sharma Ki Dulhania and Highway and Shraddha Kapoor turned a playback singer for Ek Villain.