Priyanka Chopra: Give the daughters of India a chance 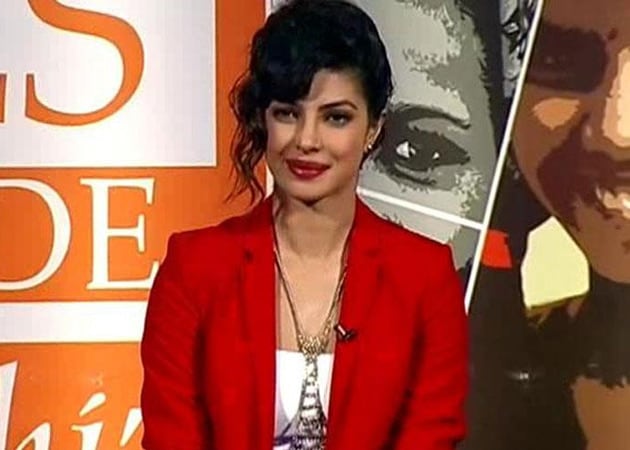 Priyanka Chopra is the ambassador of the NDTV-Vedanta Our Girls, Our Pride campaign.

Priyanka Chopra, the ambassador of the just-launched NDTV-Vedanta Our Girls, Our Pride campaign, spoke today about her experiences as a child helping her parents conduct health clinics in rural Uttar Pradesh.

Priyanka Chopra, the ambassador of the just-launched NDTV-Vedanta Our Girls, Our Pride campaign, spoke today about her experiences as a child helping her parents conduct health clinics in rural Uttar Pradesh.
Priyanka's parents, both army doctors, conducted the health camps from out of an ambulance helped by a nurse, Priyanka and her brother Siddharth. Priyanka, whose job it was to package up the prescribed medicines, said at the launch of the NDTV-Vedanta campaign in Delhi: "Since then, I've seen so closely what happens in a lot of rural India and, now that I've come to know, in a lot of urban India as well - the mindsets that people have towards the girl child, how she's looked upon as a burden."
Priyanka, who describes the campaign as one close to her heart, has already worked with UNICEF against female foeticide and infanticide in 2008. She said: "Our future is in the hands of our children and our girls are a huge part of that. We are one of the youngest nations in this world and I think it's high time that we take charge of this nation."
Priyanka said this about the Our Girls, Our Pride campaign: "With this initiative we aim to change the lives of many girls and provide them with basic necessities to be able to lead a quality life." She urged Indian parents to give their daughters a chance.
Priyanka also congratulated Meenum and Razia Sultana, special guests at the launch of the campaign, on their efforts to encourage education for young girls. Meenum, the first girl in her village to go to school, persuaded the parents of 25 other girls to send their daughters to school with her. Razia, all of 15, is the recipient of a special United Nations award for helping 50 girls enroll in school.
Watch: