Priyanka Chopra: I have a huge fear of failure 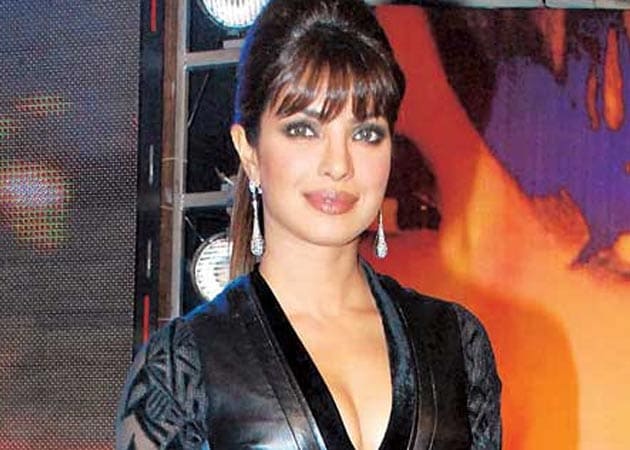 Priyanka has proved her mettle through films like Fashion and Barfi!

National Award-winning Bollywood actress Priyanka Chopra, who attended a panel discussion on acting with Hollywood actor-cum-filmmaker Kevin Spacey at the International Indian Film Academy (IIFA) Weekend and Awards here, says she has a huge fear of failure.
Priyanka has proved her mettle through films like Saat Khoon Maaf, Barfi! and Fashion, but says she always had the fear of failure. (Also read: IIFA fashion police: Priyanka, Bipasha, Sonakshi do Bollywood proud )
"I have a huge fear of failure. Failure drives me. If the film fails, it feels bad. I stay in a room for two weeks. When I was doing Barfi!, people told me it is not a heroine kind of a film, don't do it. But I was sure I would do it and I am happy with the response," she said.
Recalling her journey as an actress in the Hindi film industry, she said: "For me, acting happened by chance. I was 17 years old when I became Miss World. I was reading a leading film magazine and I happened to read the interview of Amitabh Bachchan where he said how many scenes one does in a film is not important. What is important is that people should remember you when they come out of the theatre after watching the film." (Also read: Priyanka Chopra: IIFA celebrates India, Indian cinema )
"In commercial Indian cinema, female actors don't have parts to prove. But I feel fortunate that whatever roles I have done till now, be it big or small, all have done well for me," she added.
Priyanka, however, prefers stage shows over films as "it is gratifying to be on stage and see the instant gratification".
The model-turned-actress, who bagged the prestigious National Film Award for her performance in Madhur Bhandarkar's Fashion, says she never expected to win the award.
"I never expected that I could get the National Award. I got a call at 4 am and then I went off to sleep. After some time, people started knocking at the door for interviews. And I realised, I was not dreaming. It is an incredible feeling. My parents were with me and it felt really nice. It was a special experience of my life," she said.