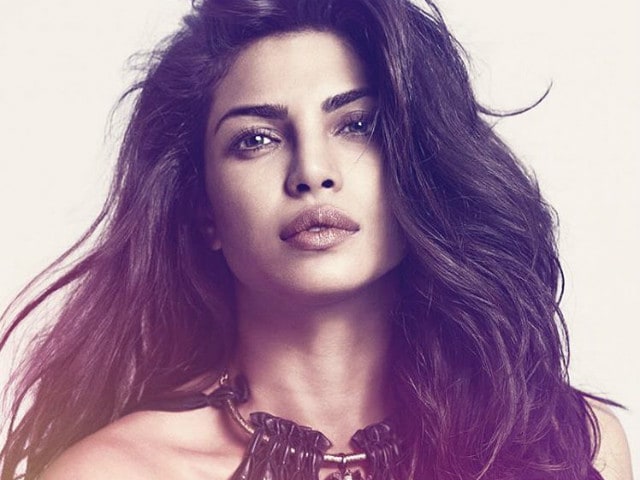 Priyanka Chopra was back home for the holidays (courtesy: priyankachopra )

Globe-trotting actress Priyanka Chopra has taken off once again - she was back home for the holidays and is now, on her way back to New York. Yes, Priyanka is still a desi girl but her workplace now is Stateside which makes her a temporary Big Apple native. The 34-year-old actress has got herself a swanky apartment in New York and spends less time in Mumbai and more in the US. Priyanka is well-known in the West, courtesy her role in TV show Quantico and the several of her international red carpet appearances. Priyanka wrapped her stay in India with new year celebrations in Goa and she signed off from her India tour with a selfie from what seems to be the beach destination itself.
"First selfie on the last day of vacay... have a wonderful year everyone... NYC bound," wrote Priyanka Chopra on Instagram.


"Past and Present I know well; each is a friend and sometimes an enemy to me. But it is the quiet, beckoning Future, an absolute stranger, with whom I have fallen madly in love." -Richelle E. Goodrich 1st selfie on the last day of vacayyyy.. have a wonderful year everyone... NYC bound.... #nofilter

During her stay in India, Priyanka let her hair down across Mumbai, caught up with friends and spent time with family.

Priyanka will have a packed schedule once she steps into New York - she will begin prepping for her debut appearance at this year's Golden Globe Awards. It was recently announced that Priyanka will present at the awards gala along with the likes of Nicole Kidman, Eddie Redmayne, Drew Barrymore, Matt Damon and Viola Davis.

Meanwhile, Priyanka will get busy with the remaining portions of Quantico season 2. She will also be prepping for People's Choice Awards, for which she has been nominated for the second time in a row, courtesy her performance as FBI-turned-CIA agent Alex Parrish on Quantico. Priyanka will also be gearing for the release of her Hollywood debut - the Baywatch movie. Baywatch features Priyanka Chopra as the main villain Victoria Leeds and also stars Dwayne Johnson. It releases on May 26.
Earlier this year, film critic Anupama Chopra posted pictures of Priyanka's lavish New York home. She visited Priyanka for her new show Beneath The Surface. Priyanka, dressed simply for a night in, played hostess in her lovely apartment, giving us a tour of her shiny kitchen and comfortable living room.


Shooting the launch episode of #BeneaththeSurface w @priyankachopra in her New York home.Thanks for letting me in! pic.twitter.com/xtrekvurWZ

Spent an exhilarating & exhausting day w @priyankachopra in NY. Don't know how she does it- that 2 in killer heels! pic.twitter.com/XYzwZH2LfC

During her stay in India, Priyanka was to zero in her upcoming Bollywood projects, reported news agency PTI. Priyanka said: "I will be doing two Bollywood films next year. I have come to India to decide on those films. By the end of January, I will finalise which those films will be." Priyanka however, has not made any announcement so far. We are waiting, eagerly.
Priyanka Chopra received her Padma Shri some months ago and has also ranked on the Forbes' list of the world's highest paid TV actresses this year. She has scored a place ahead of actors like Jennifer Aniston and Leonardo DiCaprio on an iMDB list of the most popular celebrities of 2016.
Back home, Priyanka was last seen in Prakash Jha's Jai Gangaajal.