Priyanka Chopra is on Time Magazine's 2016 list of 100 most influential people in the world and, even better, has one of the six special edition covers to herself 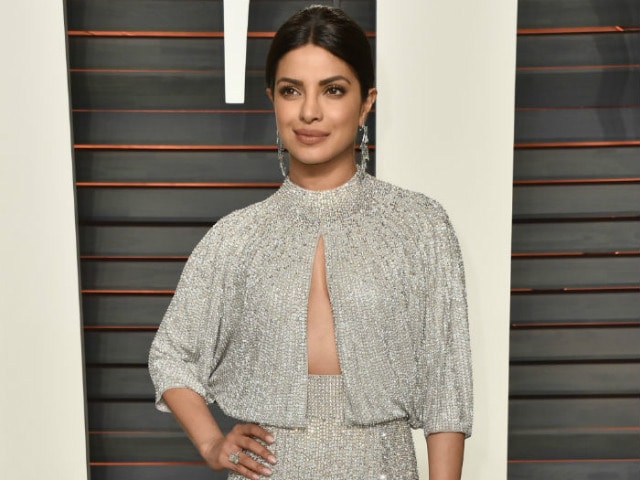 How much does the world love Priyanka Chopra? This much - the 33-year-old actress is on Time Magazine's 2016 list of 100 most influential people and, even better, has one of the six special edition covers to herself. The other five covers feature Leonardo DiCaprio, Nicki Minaj, Mark Zuckerberg and Priscilla Chan, Christine Lagarde and Lin-Manuel Miranda.
"What a way to start the day," Priyanka tweeted.


What a way to start the day! #Time100's list of achievers! Humbled, overwhelmed and feeling so blessed! pic.twitter.com/oFp9pGlHLI

Thank U @time for including me in such an illustrious list of achievers. #Gobsmacked to have made the cut! #Time100https://t.co/wc9KhrLEVJ

"I don't want to be called an actor, I don't want to be called a star," Priyanka says in an interview to Time, "I think that the movies that I do, I'm irreplaceable and the boys are replaceable."
Priyanka has swiftly become an international celebrity in the last year after a starring role on TV show Quantico. She also won a People's Choice award, presented an Oscar, appeared on talk shows hosted by Jimmy Kimmel and Jimmy Fallon and is now filming her first Hollywood film - Baywatch, opposite Dwayne Johnson, who is also on this year's 100 list.
Priyanka Chopra isn't the only Indian presence on this year's list - RBI Governor Raghuram Rajan, tennis star Sania Mirza, Flipkart co-founders Binny and Sachin Bansal, activist Sunita Narain, environmentalist and Google CEO Sundar Pichai also appear.
Apart from those on the six covers, showbiz inclusions in the 2016 Time 100 list are Adele, Melissa McCarthy, Charlize Theron, Julia Louis-Dreyfus, Kendrick Lamar, Caitlyn Jenner, Oscar issac, Taraji P Henson, Ariana Grande and Idris Elba.
Indians who have previously made it to the list include Aamir Khan, Prime Minister Narendra Modi and cricketer M S Dhoni.