'Priyanka Chopra is One Man Army. It's Insane,' Says Parineeti

"She has gone there (West) and represented India. She has also impressed them. I am sure they would be looking at us (Indian actors) in a different light and that is amazing. Kudos to her," says Parineeti 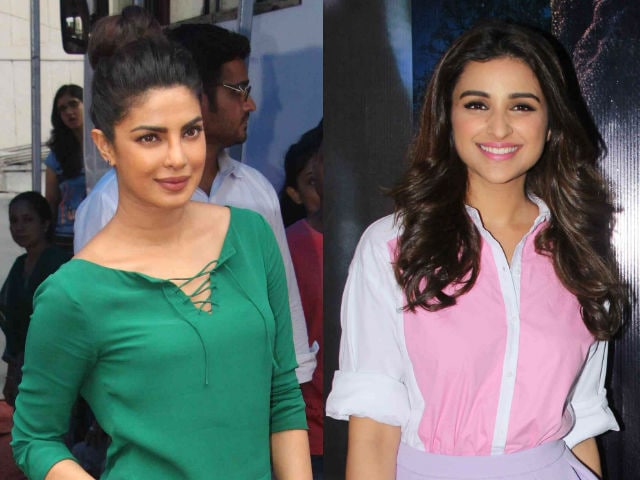 Priyanka and Parineeti photographed in Mumbai.

Actress Parineeti Chopra says the way her cousin, actress Priyanka Chopra is working hard on her career in Hollywood is inspiring and "insane."
Priyanka has created waves internationally with her American television show Quantico and is now gearing up for the release of Baywatch, where she stars as the antagonist. The film also stars Hollywood biggies Dywane 'The Rock' Johnson and Zac Efron.
Parineeti says thanks to Priyanka, today Indian actors are seen in a different way globally.
"She has gone there (West) and represented India. She has also impressed them. I am sure they would be looking at us (Indian actors) in a different light and that is amazing. Kudos to her," Parineeti told PTI.
"She has gone there as a debutante and did a show and now a film. She is a one man army and she inspires me a lot. There is no stopping her whether she is ill or anything. It's insane," she said.
The 27-year-old actress said the Mary Kom star has been a guiding force in her life, both professionally and personally.
"Emotionally as an elder sister, (be) it work wise or personally she has always been there for me. She is an amazing sister. She is so busy and successful but still she gives all of us (family) attention. That is amazing," Parineeti said.
"She does everything on her own and does it to the fullest. Whenever I want to talk to her, I just have to call her up. We both talk about each other's lives. She is big part of my life," she added.
The Daawat-e-Ishq actress has dubbed for the Hindi version of American filmmaker Steven Spielberg's The Big Friendly Giant.
Parineeti voiced the female protagonist, Sophie, played by 12-year-old Ruby Barnhill. The dubbed Hindi version of the fantasy adventure film is set to release in India this Friday.
Parineeti said Priyanka is aware about her debut Hollywood venture. "She knows about it. When it releases I will ask her to see the film."
(Except for the headline, this story has not been edited by NDTV staff and is published from a syndicated feed.)