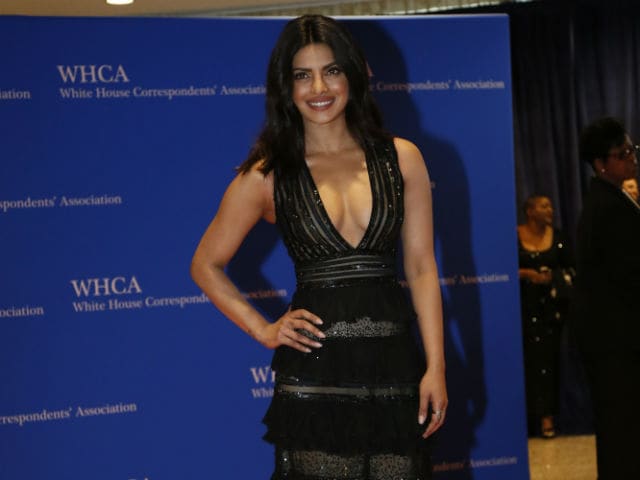 Actress Priyanka Chopra was glad to meet US President Barack Obama and First Lady Michelle Obama as she attended the White House Correspondents' Dinner in Washington.
Priyanka, 33, who is filming Baywatch, shared an image of her meeting on Instagram:

Lovely to meet the very funny and charming @barackobama and the beautiful @michelleobama . Thank you for a lovely evening. Cannot wait to start working on your girls education program #whitehousecorrespondentdinner