"To be serenaded and melting while he sings to me.. Adoring eyes.. Both ways. Miss u dad," Priyanka Chopra wrote on her Instagram account. 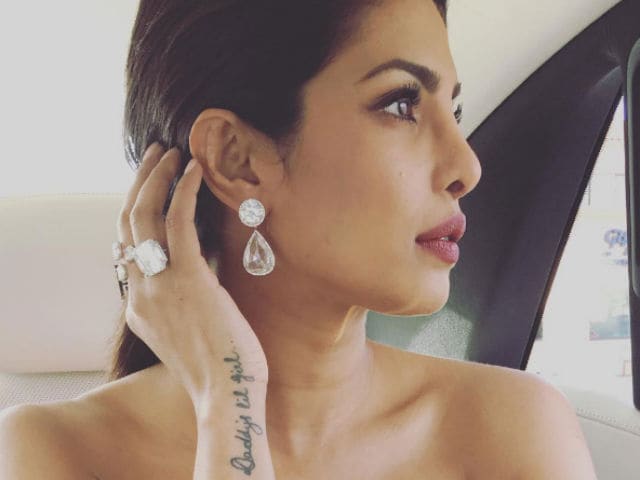 Actress Priyanka Chopra has Instagrammed a picture in memory of her father, Dr Ashok Chopra, days before his death anniversary.
The 33-year-old actress also posted a heart-warming message on her account.


To be serenaded and melting while he sings to me.. Adoring eyes.. Both ways. Miss u dad.

Priyanka's father, Dr Chopra, died on June 10 in 2013. The actress was very close to her father and also has a tattoo on the side of her wrist that reads 'Daddy's lil girl'.
Priyanka recently returned to Mumbai for a 10-day trip after wrapping her American TV series Quantico and Hollywood film Baywatch, which also stars Dwayne Johnson and Zac Efron.
The actress' last Hindi release was Jai Gangaajal in March and she hasn't signed a new Bollywood film yet.
"Now that I have returned, I'll decide what films I'll do. I haven't decided yet," Priyanka Chopra told news agency IANS.