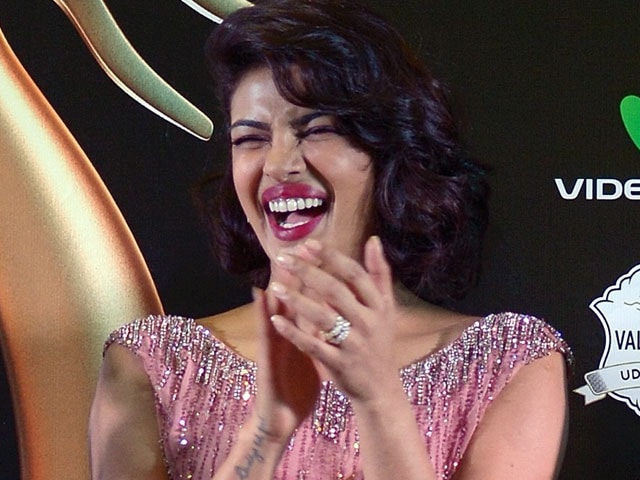 "We didn't know what to expect when she came to the studio for recording. And she really rocked it," said Shankar Mahadevan

Music composer Shankar Mahadevan is all praises for actress Priyanka Chopra, who made her Bollywood playback singing debut with the title track of her latest film Dil Dhadakne Do.
He along with Ehsaan Noorani and Loy Mendonsa has composed the music of the Zoya Akhtar-directed film, which is about a dysfunctional family on a cruise.
"She (Priyanka) is extremely talented. We didn't know what to expect when she came to the studio for recording. And she really rocked it," Shankar Mahadevan told PTI.
The film's other peppy Punjabi number Gallan Goodiyan has been topping music charts.
Talking about the song, he said, "Zoya wanted a party song in the film. It's a happy song and the way it was shot was made it more engaging. I feel good that people liked it. What else does a musician wants," he said.
He conducted a music workshop on the sidelines of IIFA 2015 along with son Siddharth, Ehsaan, Loy and his daughter Alyssa.
The young brigade composed a new rendition of Zinda from Bhaag Milkha Bhaag incorporating the voices from music enthusiasts in Malaysia.
"The young generation of musicians is super talented. They are passionate about their job. They are sorted in their mind and I feel proud to be a father of such a talented son," he said.