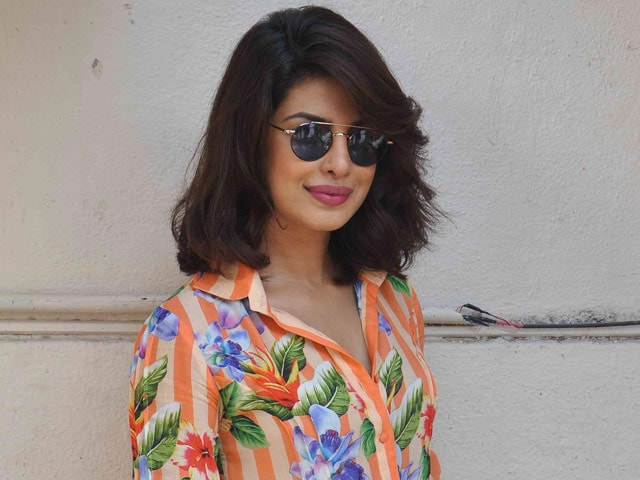 Priyanka Chopra at an event in Mumbai.

"I haven't dealt with such emotions. I needed to find out a way to feel those emotions to portray the same," said Priyanka Chopra

Actress Priyanka Chopra who will be portraying the role of Maratha warrior Peshwa Bajirao's first wife in Bajirao Mastani, said that her character Kashibai is a tortured soul in the story, and that has made the role challenging for her.
The 32-year-old, who is currently awaiting the release of Dil Dhadakne Do on June 5, said that her role as the first wife in the film was emotionally draining and traumatising.
"I haven't dealt with such emotions. I needed to find out a way to feel those emotions to portray the same. In those times, the women did not say as much, so it's mostly expressions. I am not vocal. I have a poignant role, where Kashibai is a tortured soul," said Priyanka.
"For the first few days, I used to be so emotionally drained that I could not have conversations with people," added the Barfi actress, explaining her role in the film which also features Deepika Padukone and Ranveer Singh.
In the film, both the actresses also have a lavni performance together.
The film is based on the story of Bajirao and his second wife Mastani. While Ranveer Singh plays Bajirao, Deepika will be seen as his second wife.
Scheduled to release on December 18, the film has been directed and produced by Sanjay Leela Bhansali.