Priyanka Chopra Says She Is 'Not At All Lonely' 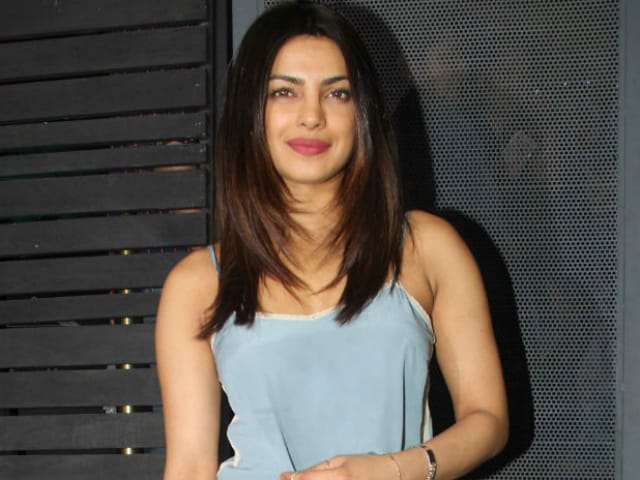 Actress Priyanka Chopra, who became a popular figure in the West after her American TV show Quantico, has now admitted that ever after attaining so much of stardom she has never felt 'lonely' as she gets 'incredible support from her friends and colleagues.' The Bajirao Mastani actress was quoted by PTI as saying: "I am not at all lonely. I have incredible support, from friends, family and colleagues. That's why I can do so many (things)." Priyanka has recently wrapped the shooting of the second season of Quantico and is presently in New York to promote her Hollywood debut Baywatch, co-starring Dwayne Johnson. Baywatch is releasing on May 26.
Priyanka believes that she has taken serious risks as far her choice of roles are concerned and she doesn't pick roles to prove something but simply to 'explore other possibilities.' "Most of my career choices are a gamble. Doing Aitraaz (a negative role) as one of my first few films, doing Fashion when no one was doing women-oriented films. I did Barfi where everyone said you won't look glamorous. Music, Quantico, no one's done that. I can only do that because I have so much support. When I was new, I worked hard and have finally reached a stage where people know me because of my work. In America, people know me now because of the show. It was never that I wanted to go there and jhande gaad doon. I only wanted to work," she was quoted by PTI as saying.
Before starting shooting for Quantico, Priyanka made her debut as a producer with a Marathi film Ventilator, which received three awards at the 64th National Film Awards.
Priyanka Chopra's last Bollywood venture was Jai Gangaajal, directed by Prakash Jha. According to mid-day reports, the Bajirao Mastani actress will next feature in the biopic of late astronaut Kalpana Chawla, to be directed by first time director Priya Mishra.
(With PTI inputs)