Priyanka Chopra Says the Word Feminism Has Been 'Bastardized'

"I don't say things just because I'm a feminist and I believe in woman power. That word (feminist) has been bastardized; there's no respect to it anymore. I'm not berating men," said Priyanka Chopra 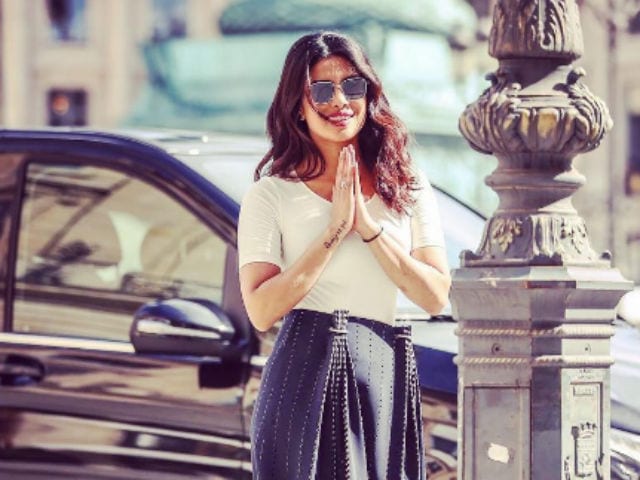 Last September, Priyanka Chopra told Refinery29 that her headline-making American TV show Quantico was not feminist. Now, she tells Hindustan Times that there is need to reclaim the word.
"I don't say things just because I'm a feminist and I believe in woman power. That word (feminist) has been bastardized; there's no respect to it anymore. I'm not berating men," the 33-year-old actress told Hindustan Times.
Ms Chopra, currently in Madrid for the IIFA Awards, also commented on a quote on infidelity she had given to Pinkvilla in January. The actress had said then that if she found her partner cheating on her, she "would probably beat the s*** out of him first." Although she was hauled up for her comment, Priyanka Chopra told Hindustan Times it was a "joke."
"It was a joke. Obviously, I'm not going to be violent. But the way it was written, it made it seem like I was serious and that I'll actually whip the person. It was an analogy of the passion that I would feel [if a man cheats on me], not physical violence," she said.
Speaking out doesn't cause Priyanka Chopra to lose sleep.
"I know I should be diplomatic, but I'm a girl with an opinion. I'm not afraid of having one. I'm told all the time by my team and my family to shut up and not always say what's on the tip of my tongue," Ms Chopra told Hindustan Times.
Priyanka Chopra, who made her debut in Bollywood in 2003 with The Hero: Love Story of a Spy and Andaaz, is the star of films like Aitraaz, Bluffmaster!, Krrish, Don, Agneepath and Mary Kom. In 2008, she won the National Award for Fashion.
In 2015, she debuted on American TV as the lead on the series Quantico, playing an FBI trainee named Alex Parrish.
In Bollywood, Priyanka was last seen in Prakash Jha's Jai Gangaajal. She will soon make her Hollywood debut opposite Dwayne Johnson in Baywatch. She hasn't signed another Bollywood film as yet.