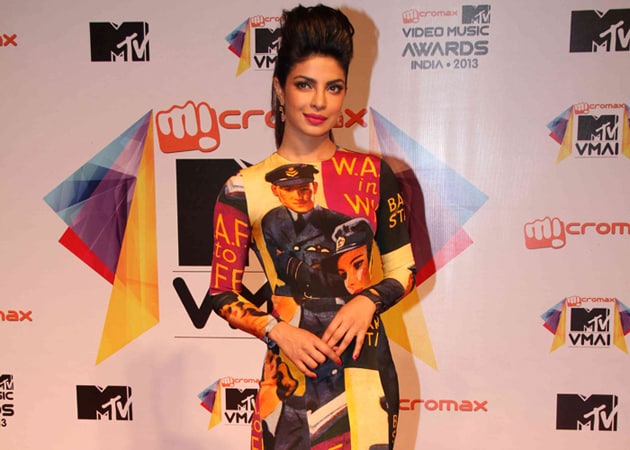 Priyanka is currently busy shooting a dance sequence for her film

Priyanka Chopra, who is playing the female lead in period drama Gunday, is currently shooting for a cabaret dance sequence for the action-drama-cum-romance.

Actress Priyanka Chopra, who is playing the female lead in period drama Gunday, is currently shooting for a cabaret dance sequence for the action-drama-cum-romance. The film's director Ali Abbas Zafar says he is using an original song.
Set between 1971 to 1988 in Kolkata, the film deals with black marketing mafia men Bikram (Ranveer Singh) and Bala (Arjun Kapoor).
"We started shooting for the particular cabaret song three days ago in Mumbai and there are three more days to do. It's a fresh cabaret song and not a remix of any old song. It's a very big sort of cabaret song in the film," Zafar, who earlier wielded megaphone for Mere Brother Ki Dulhan, told IANS on Sunday.
Did you ask Priyanka to take reference from any legendary Bollywood actress for the song?
"Not really. Actually, I have been doing my research for quite some time on Kolkata and I discovered Kolkata was high on glamour quotient since 1960s, 1970s, and 1980s. In that way, Kolkata is quite western," said Zafar.
The director has created a coal mine and informed that the last 30 days of shoot is left.
"We have created a coal mine set and we are left to do a huge action sequence between Irrfan, Arjun Kapoor and Ranveer Singh. Obviously, we can't shoot in real coal mine so we had to create the set for the period film," said Zafar.