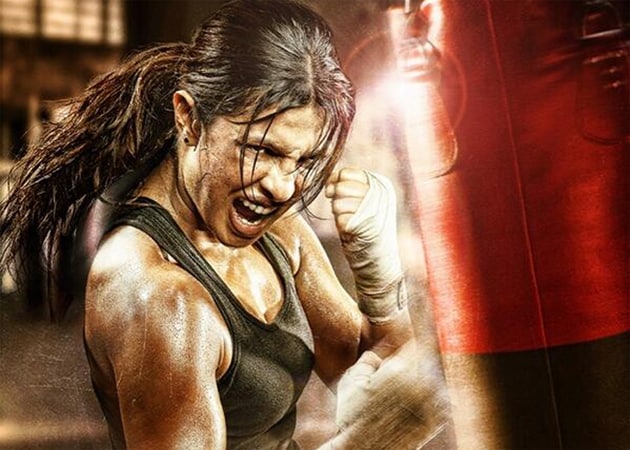 Bollywood actress Priyanka Chopra looks like she can pack a hefty punch in the first look of her film Mary Kom which was unveiled on Twitter on July 14.
The actress tweeted:

Heart. Blood. Sweat. Soul. I've given it my all. Over to you guys now! #MaryKomFirstLook#FightLikeAGirl ..here goes pic.twitter.com/GNAZsz7MWN

The poster took Twitter by storm and the hashtag #MaryKomFirstLook trended in India and in many countries across the world including Germany. May of her fans and her peers commented on the poster and tweets kept flowing in through the night.
But Priyanka was not done. Early on the morning of July 15 she shared another poster from the movie.

Wake up and face the day head-on! Here's another #MaryKomFirstLook@MaryKomMoviepic.twitter.com/p7lePLVl23

Here's what her Bollywood collegues had to say:

"@priyankachopra damnnn...nailed it...no one s ever messing with this beauty from Bareilly after the way she packs a punch...#raging bulbul

@priyankachopra in n as #MaryKom looks fab! Only someone like u has the courage to share her story with us! #respect#MaryKom

@priyankachopra PC loved the new poster of #MaryKom. So proud of you !Hard works always pays . Looking forward to seeing it soon. Much love