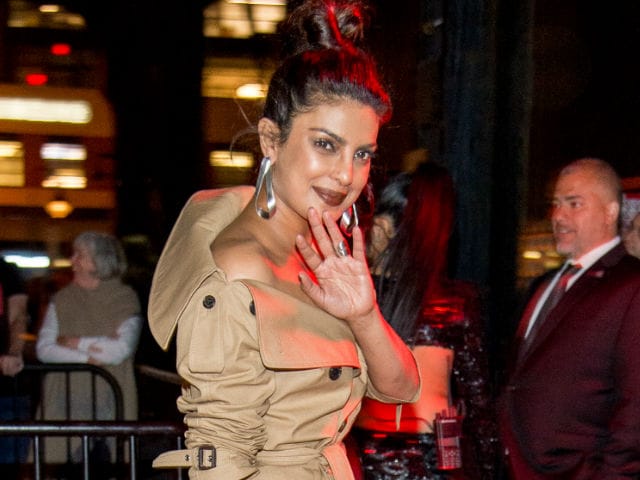 Actress Priyanka Chopra will attend UNICEF's fundraising gala in South Africa on May 6, reports news agency PTI. The 34-year-old actress is UNICEF's Goodwill Ambassador and will attend the fundraiser which aims to highlight the challenges faced by children affected by violence, reports PTI. "The visit of UNICEF's Goodwill Ambassador Priyanka Chopra to South Africa will highlight the challenges faced by children affected by violence. Her visit is providing UNICEF with a unique opportunity to profile our mandate and values that guide our daily work for every child in South Africa," a statement from UNICEF read. Priyanka Chopra is awaiting the release of her first Hollywood film Baywatch.
Priyanka was involved with UNICEF in India for 10 years before she was appointed as UNICEF Goodwill Ambassador last year in December. The fund raised at the event will be used to enhance care and protection of children in South Africa and the proceedings from the live auction will be used by the child protection programmes of UNICEF South Africa. The event will be moderated by UNICEF South Africa Ambassador, Jo-Ann Strauss. There will also be a fashion show by South Africa-based Indian-origin designer Gavin Rajah.
Meanwhile, Priyanka Chopra debuted on the red carpet of the Met Gala in New York. The actress wore a chic Ralph Lauren couture and has topped the trends list for her impeccable style.
Priyanka Chopra headlines the cast of American television show Quantico and will be seen in Hollywood film Baywatch, which releases on May 25. The film also stars Dwayne 'The Rock' Johnson and Zac Efron.
(With PTI inputs)