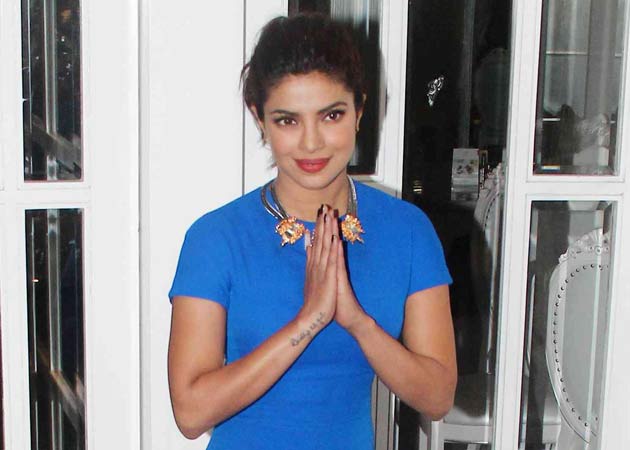 Priyanka Chopra is in Delhi for a marathon promotion of Mary Kom. (Image courtesy: Varinder Chawla)

"Nitin Gadkari was one of the first people to felicitate Mary Kom when she won the Olympic bronze medal, so I wanted to meet him. Also, he has always talked about rural development and socio-economic reforms and my film Mary Kom kind of caters to this issue in a different way," Priyanka told PTI.

The 32-year-old Fashion star is in Delhi for a marathon promotion of the movie before leaving for its premiere at the Toronto Film Festival on September 4. Priyanka said she is trying to get the tax-free status for the film in Delhi after Maharashtra and Uttar Pradesh declared the same.

The movie, which also stars debutante Darshan Kumar, has been directed by Omang Kumar and produced by Sanjay Leela Bhansali. It releases on September 5.