Priyanka Chopra, who returned to India Friday night, will reportedly be seen in a biopic on the late astronaut Kalpana Chawla, directed by Priya Mishra 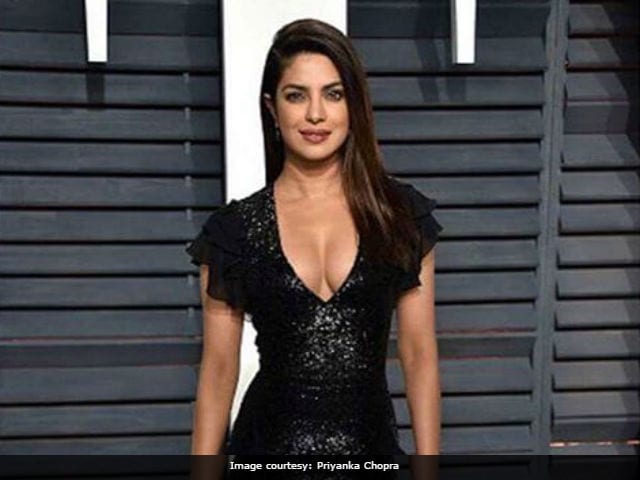 Actress Priyanka Chopra is reportedly all set to star in the biopic of late astronaut Kalpana Chawla, directed by first time director Priya Mishra, says mid-day. Kalpana Chawla, an Indian American astronaut, was one of the seven crew members who died in a space shuttle explosion in 2003. It was her second space expedition. The 34-year-old actress, who returned to India Friday night, after the completion of the second season of her TV series Quantico, will reportedly start work on this biopic next. Priya Mishra told mid-day, "I have been working on it for the past seven years. A new production banner will back the project."
In fact, Viacom 18 had announced "a film based on an astronaut" last year. Reports now suggest that the film will be produced by an international production company. A source told mid-day, "The film will be mounted on an international scale. A new production company, Getway, is likely to produce the biopic."
Priya Mishra has reportedly met the late astronaut's family several times as a part of her research of the film. "I was last heading a TV channel creatively and post 2011, quit to pursue filmmaking. This is one of the two scripts that I have written," she told mid-day.
Meanwhile Priyanka Chopra will next be seen in her first Hollywood film Baywatch, co-starring Dwayne 'The Rock' Johnson and Zac Efron. She will soon start the promotions of the film in US and India. Priyanka recently wrapped Quantico's second season, where she plays the role of FBI agent Alex Parrish. She has also been appointed as the jury member of the 16th edition of Tribeca Film Festival.