Priyanka Chopra's Oscar Dress On Google Year In Review List, 'Thanks For The Love,' She Tweets Priyanka Chopra's annus mirabilis continues, even as 2016 winds up. Google has released its annual lists of top searches for the year and Priyanka Chopra - specifically, Priyanka's Oscar dress - is on one of them. Earlier this year, Priyanka attended and presented at the Oscars, winning the red carpet in a lacy white strapless Zuhair Murad gown. Google reports that it was the seventh most searched Oscar outfit - Oscar fashion is a category on its own in the Google searches. The 34-year-old actress, surely one of the most social media savvy celebrities around, posted a thank you note on her accounts on Wednesday night. "Thanks for the love," she wrote. You're welcome, Priyanka.


So delighted that my Oscar outfit featured in @Google's #YearInSearch! Thank you for the love! #ZuhairMuradhttps://t.co/QYiNPYS7ripic.twitter.com/Qzr83boBPD

The most-searched Oscar dress this year was Jennifer Garner's black Versace. Between her and Priyanka, there are - Jennifer Lawrence and Charlize Theron in Dior, Rachel McAdams in August Getty, Brie Larson in Gucci and Alicia Vikander in Louis Vuitton. Cate Blanchett in Givenchy, Kate Winslet in Ralph Lauren and Olivia Wilde in Valentino round of the top 10. 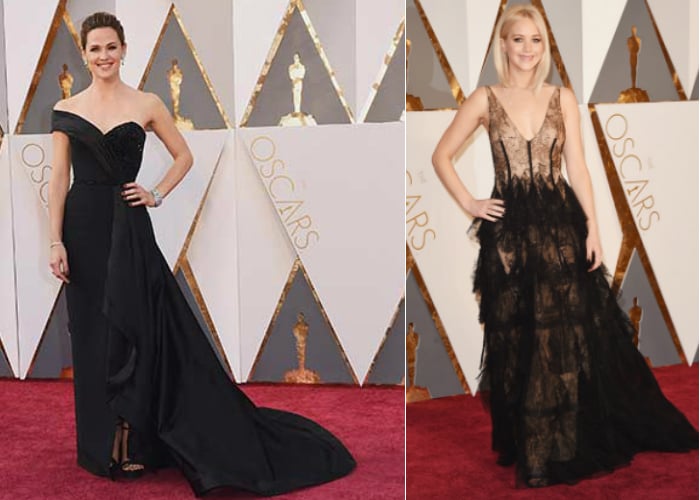 The Oscars weren't Priyanka Chopra's only international red carpet success - we particularly loved the red pleated chiffon Jason Wu dress she wore to the Emmys, where she also presented an award. Priyanka has been all but claimed by America this year - she currently lives and works in New York, filming the second season of her show Quantico. She won a People's Choice Award this year for her performance as FBI-turned-CIA agent Alex Parrish and is nominated for a second time at the People's Choice Awards coming up next year. Priyanka also filmed her Hollywood debut in Baywatch, which releases next year and in which she plays the villain opposite Dwayne Johnson. She was placed #8 on Forbes' list of 2016's highest paid TV actresses. 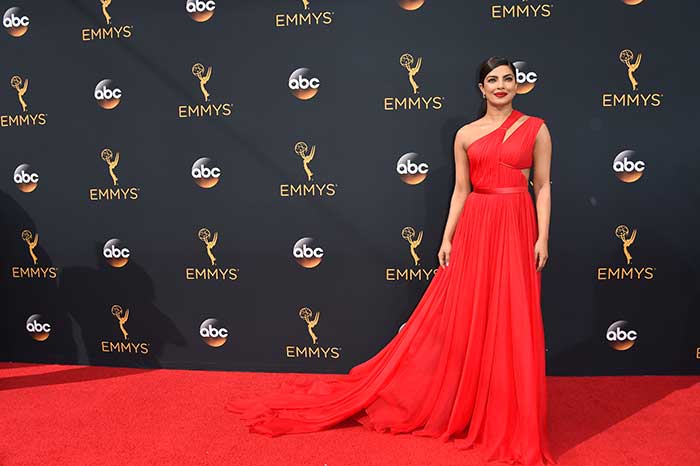 At home, Priyanka Chopra was awarded the Padma Shri this year. She also starred in the film Jai Gangaajal and produced Marathi movie Ventilator.
Meantime, Anita Dongre was the seventh most-searched designer, mostly because Kate Middleton wore one of her dresses when visiting India this year.