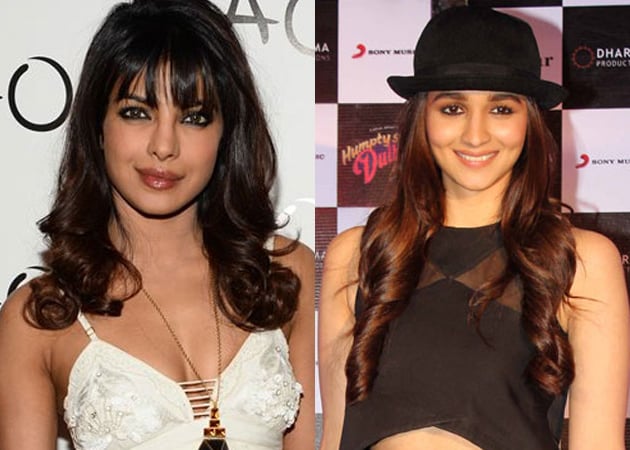 Alia says that Priyanka inspired her to take up singing seriously

For Alia Bhatt, actress Priyanka Chopra is an inspiration and she feels confident that even she will be able to release an international music album one day.
Priyanka turned singer in 2012 and has released three international singles since then. Her album is expected to be released soon.
"I think the one person who has done our country and the industry proud is Priyanka Chopra. She has cut an international album. She is an inspiration for me to make me believe that I can also do something in that space," the 21-year-old said here on July 3 in an interview. (Also Read: All about Alia's live performance)
Besides acting, Alia has also taken to singing and has already sung two songs - Sooha Saha for Highway and now Main Tainu Samjhawan Ki for Humpty Sharma Ki Dulhania.