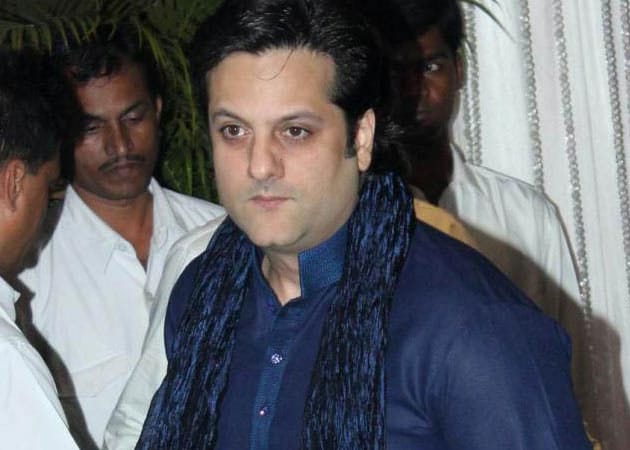 After his father Feroz Khan's death in 2009, Fardeen Khan has been through some tough times. Now there are no more tears for Fardeen and his wife Natasha, who have been blessed with a baby girl and the actor calls the little one his "bundle of joy".

After his father Feroz Khan's death in 2009, Fardeen Khan has been through some tough times. Now there are no more tears for Fardeen and his wife Natasha, who have been blessed with a baby girl and the actor calls the little one his "bundle of joy".
After years of waiting and a very tragic miscarriage last year which left the couple shattered, Fardeen and Natasha are finally the proud parents. Their daughter was born on December 11.
"We've named her Diani Isabella Khan," Fardeen said from London.
"Diani means 'divinity' in Portuguese. It's also a beach town near Mombassa where Natasha had conceived. My mom suggested we call the baby Diani. As for Isabella, it's been my favourite name for a long time. It exudes such beauty and delicacy. So Diani Isabella Khan is my bundle of joy," he said.
At the moment, it's one happy family reunion in London.
"My mom and sister are here. My wife Natasha's parents (yesteryears' diva Mumtaz and her husband Mayur Madhvani) and her sister are here. We are one tightly-united family enjoying the arrival of the new member," he added.
Motherhood has been an uphill struggle for Natasha.
Shuddering at the memory of what they've been through, Fardeen said: "Natasha handled the traumatic times with amazing restraint. I don't know what I'd have done if she had fallen apart. But she held herself together and that gave me strength.
"Watching her handle her trauma with such restraint gave me the strength to live through the trying times we went through. Now that we are out of the ordeal, I can see how much Natasha has gone through."
There is only joy now, though the family misses the patriarch Feroz Khan sorely.
"Yes, we all wish he was here to share this moment of joy with us. But life can't be controlled by desire. There's consolation in the fact that a part of him is in Diani just as a part him was in me. We live on through our children. I am sure somewhere he is watching and sharing in our joy," he said.
Fardeen's little darling won't return to Mumbai before April 2014.
"There are all the vaccinations. Diani can only travel after they're done. So she won't return home until April. I'll be in Mumbai in January briefly and then I am back here in London."
"During the last two years, I've been shuttling in and out of Mumbai and London. Finally it's all been worth it. One look at Diani Isabella's face, and all the pain of the past years is washed away," said the actor, who has featured in films like Om Jai Jagadish, No Entry and Heyy Babyy.