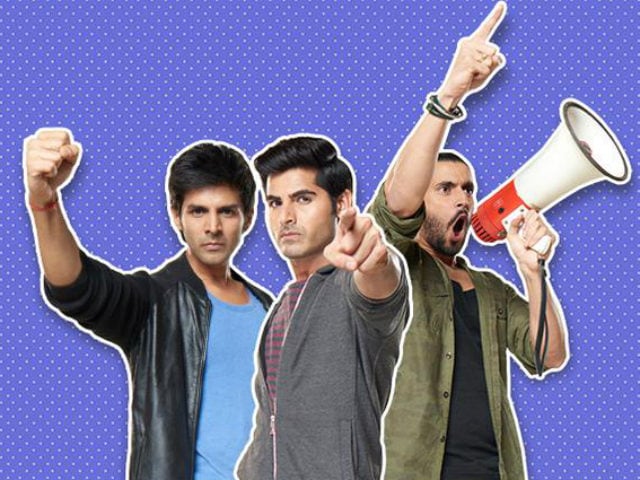 This image was posted on Twitter by Pyaar Ka Punchnama 2

Pyaar Ka Punchnama 2, which released across 1400 screens, has a 'flying start' with a first day collection of Rs 6.80 crores. Trade analyst Taran Adarsh shared the numbers on Twitter on October 17.

Though the movie scored a fairly decent number at the box office, the sequel to the 2011 laugh-riot, opened to mixed reviews on Friday.
Saibal Chatterjee in his review to NDTV said: "Does Pyaar Ka Punchnama 2 have any redeeming features? Go look for a needle in a haystack. It might be easier to find." However, he also mentioned: "The only relatively likeable performance is delivered by Sunny Singh, who plays the boy who is reduced to running errands for the girl who has him in her thrall." (Also Read: Salman's Pyaar Ka Punchnama 2 Connection)
Pyaar Ka Punchnama 2 also features Omkar Kapoor, Kartik Aaryan, Nushrat Bharucha, Sonalli Sehgall and Ishita Sharma and is directed by Luv Ranjan, who "wanted to do a film against love." (Also Read: Wanted to Make a Film Against Love: Punchnama 2 Director)
The movie revolves around three friends who face constant troubles in their personal life owing to their demanding girlfriends. It hit screens on October 16.