R Madhavan: India has become the flavour in Hollywood 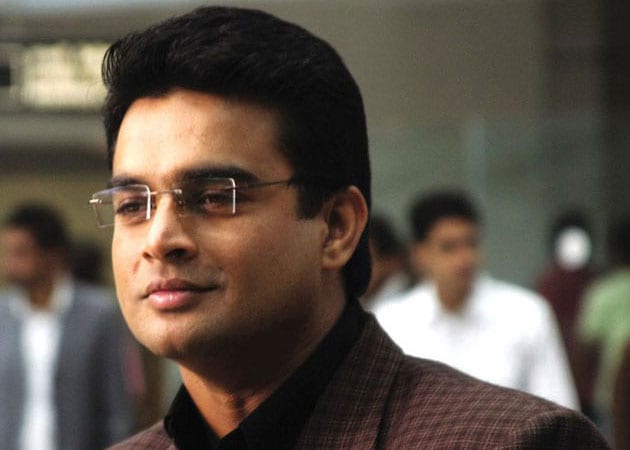 Madhavan is all set to act in Night Of The Living Dead: Origins, produced by Simon West of Lara Croft: Tomb Raider fame.

Actor R Madhavan says filmmakers in the West have realised the potential of Indian actors being able to take a film to wider audience which is why they want to rope them in Hollywood films.

Actor R Madhavan says filmmakers in the West have realised the potential of Indian actors being able to take a film to wider audience which is why they want to rope them in Hollywood films.
Megastar Amitabh Bachchan, Anil Kapoor, Irrfan Khan and others have been part of Hollywood films. Now, Madhavan is set to do Night Of The Living Dead: Origins, produced by Simon West of Con Air and Lara Croft: Tomb Raider fame. It is a remake of 1968 zombie film 'Night Of The Living Dead.
"India has become the flavour in Hollywood... They (filmmakers) suddenly realised that Indian actors get more eyeballs than Hollywood actors," he said.
"So, if they have an Indian actor in their TV series for example, it gets watched in Japan, China, Singapore, Malaysia, Africa, South Africa much more than if American actors are there," he explained.
"Like by having Mr Amitabh Bachchan in The Great Gatsby, the number of people watching the film online or offline increases 25 times, that is where the money is. So now they are including Indian as well as Chinese actors, which is a very smart thing," he said.
The 43-year-old actor said he is doing a film in Hollywood just to experience working in a different set up.
"It is just another opportunity to do a film in different language that I am comfortable with. If I could speak Chinese, I would have done a film in that language as well. The excitement is to do a film in different set of technology. I am not doing it to prove a point to anyone... It is basically a small film in terms of what it is in Hollywood," he said.
The Hollywood venture happened by chance for Madhavan, who had gone there for a personal reason and through his friend he met filmmaker Simon West.
"'Night of the Living Dead' is a classic American film, it is like Sholay with a foreigner. Simon and me got along well. We did a screen test and next day I got the film," Madhavan said.
He will play the role of a US marine officer who gets caught up in a zombie attack in New York City.
While Indian actors are often criticised for doing a small role in Hollywood films, Madhavan made sure not to end up doing the same.
"I told them very clearly that if you are giving me a small role like of a doctor, etc then I will not do it, I don't need to do it. I was clear I will not do a small role.
But they said it is one of the main leads, there are four lead actors in the film," he said.
Despite being part of the industry for over a decade, shooting for a Hollywood film was a bit intimidating for him.
When he was doing the film, the makers were told about his work in films like 3 Idiots and others.
"There was a hype that was built around me. I was really nervous, everybody told me do the rehearsals and start with an easy scene. I told them to start with tough part, I did the emotional scene - yelling and crying part first, as they think it is the toughest part. But for an Indian actor it is easy as we do it every day. They liked it, found it amazing," he said.
Madhavan was amazed with the technology used for the film.
"It is like in the coming years one can shoot a film with Amitabh Bachchan and Deepika Padukone where both will look the same age and the shoot can happen at their home, they don't have to come out. I think this type of technology will be a new technique of filmmaking," he said.
He said in Hollywood, actors do not perform stunts, they have a stunt man for it.
"Unless you are a trained stunt man you can't do anything. So Superman, Batman is all done by others, they don't do anything. That is the reason you will not hear of actors getting injured over there," Madhavan added.