Radhika Apte is Trending For Parched and Several Other Reasons

Radhika is believed to have performed to a medley of Asha Bhosle's hots from movies like Namak Halaal. She was partnered by choreographer Terrence Lewis 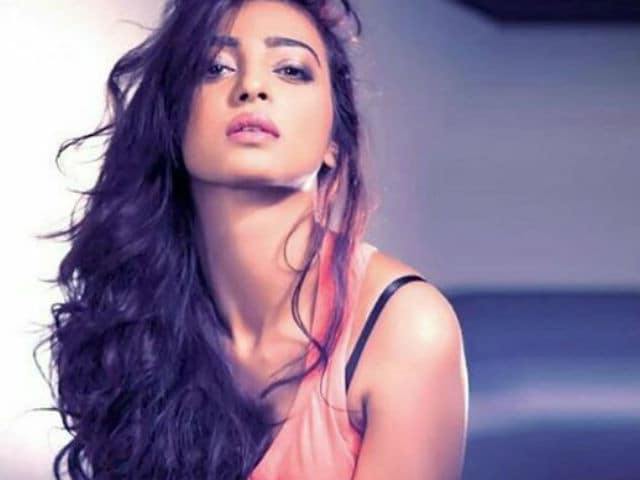 This image was posted on Instagram by Radhika Apte

Those who follow Google trends will already know that actress Radhika Apte's name has been a semi-permanent fixture on the trends list for days now. She's being searched for and talked about for a number of reasons.
To begin with, she just celebrated her birthday - Radhika was 31 on September 7, a special date she shares with South star Mammootty.
Also, she just participated in a tribute to singing legend Asha Bhosle, who turned 83 on September 8. Radhika, who studied contemporary dance in London, is believed to have performed to a medley of Asha Bhosle's hots from movies like Namak Halaal. She was partnered by choreographer Terrence Lewis, with whom she dances in what appears to be a rehearsal in the video below.
Watch Radhika Apte dance with Terrence Lewis:

But mostly, Radhika Apte is trending because of her new film Parched, produced by Ajay Devgn and co-starring Adil Hussain and Tannishthha Chatterjee.
Parched, directed by Leena Yadav, has been touring the festival circuit and is releasing in India on September 23. Set in rural Gujarat, it tells the story four women, of which Radhika is one.
Parched exploded into the headlines some weeks ago after a sex scene featuring Radhika and her co-stars was leaked online.
"Why is it titled Radhika Apte sex scene and not Adil Hussain sex scene? It doesn't matter when a man does it," said her indignant Parched co-star about the sexism inherent in how the leaked video was viewed. Adil Hussain was speaking to Indian Express.
In an interview to NDTV's Barkha Dutt, Radhika said that she was "comfortable" doing nude scenes and considered them "liberating."
Watch Radhika Apte's interview:

It wasn't the first time a scene featuring the actress had been released illegally. Last year, a clip of a semi-nude Radhika Apte was leaked from an Anurag Kashyap-directed short film popped up online after it was delivered to New York for screening. "It has to be some Indian guy there, otherwise other material from other sources that is much more sexual is available to the West and something like this does not get them excited," Mr Kashyap told Times of India.
"She feels victimised and I feel responsible," said Mr Kashyap of Radhika Apte, who he described as 'forward thinking' and 'one of the bravest actresses we have.'
Radhika was last seen opposite Rajinikanth in the blockbuster Kabali. She also starred in the thriller Phobia and short film Kriti.