Radhika Apte Says "Getting Typecast" is Her Biggest Fear 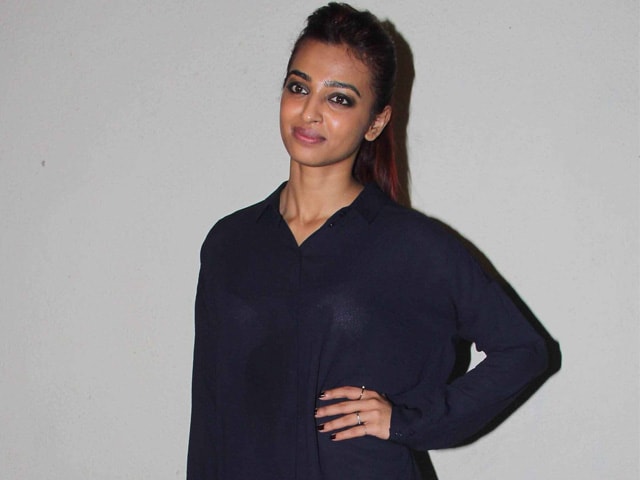 Radhika will be seen playing a girl-next-door in Hunterrr

"Hunterrr is a very unusual and funny story of a common man. I play one of the love interests of our main lead, Gulshan Deviah," said Radhika

After the success of Badlapur, actress Radhika Apte says she is not on a signing spree and does not mind waiting for a unique character to come her way.

Radhika, 29, who will be next seen in adult comedy Hunterrr, says her biggest fear is about getting typecast.

"It's a conscious effort to not repeat myself and play varied roles. I am choosy about my roles and in that case sometimes I have to reject many films and wait for a long time land new characters. I feel there is no point in doing similar roles" Radika told PTI.

In Hunterrr, she plays the girl-next-door and the actress says her role is the opposite of what she did in her last release. "My role in Hunterrr is extremely different from what I played in Badlapur, which was a difficult story. Hunterrr is a very unusual and funny story of a common man. I play one of the love interests of our main lead, Gulshan Deviah. My character's name is Trupti, who is a middle class girl-next-door," she says.

The film is an adult comedy but Radhika is confident that the film will do well. "We are exposed to all kinds of films these days and I don't think this is the first time an adult comedy is releasing. This is a very practical film," she says.

Though she got a lot more recognition post her stint in Badlapur, Radhika feels she has a long way to go. "Life has just been the same. I got a very positive response for my role. I am lucky that people noticed my part in Badlapur despite the fact that the film had an ensemble cast. It feels nice."

After being a part of multi-starrer films, Radhika will be next seen in Mountain Man and Kaun Kitne Pani Main as the female lead.