Radhika Apte said that anything remotely associated with human body can turn out to be a problem in India, a country that is "very ashamed of sexuality and physicality" 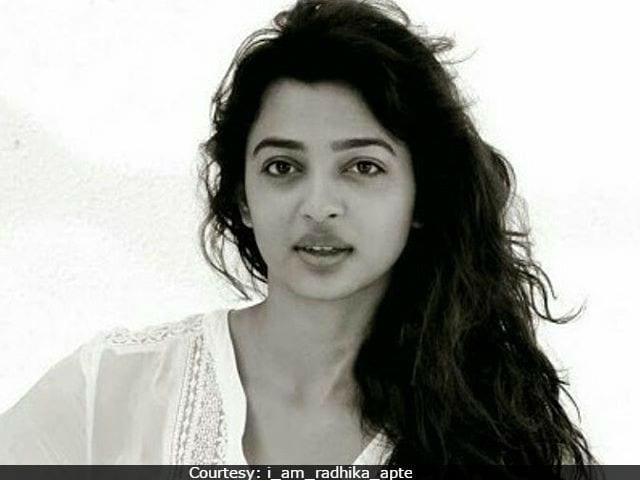 Actress Radhika Apte, who has often been under the scanner for her "bold" approach in her films, says anything remotely associated with human body can turn out to be a problem in India -- a country that is "very ashamed of sexuality and physicality". Sex and sexuality are not the only veiled topics of discussion in the country. Menstruation also finds a spot on the list, and Radhika is happy that the topic is being handled in a "big way" in her upcoming Bollywood film Padman -- which tells a true story of a man's journey to make affordable sanitary napkins.
Starting with the poster in the shape of a sanitary napkin, Radhika feels the film will help overcome the hesitation which surrounds a natural process that a woman goes through every month.
"I think our country is very ashamed of sexuality, physicality, or human body. Anything to do with human body or sexuality is a problem here," Radhika told IANS over phone from Mumbai.
Despite the critical acclaim coming her way aplenty, Radhika has often been in news for being "bold" in her films -- be it an intimate scene with co-star Adil Hussain in Parched being leaked online, or a clip of a semi-nude Radhika from an Anurag Kashyap-directed short film making its way on to the web.
The actress has never tried to sweep the matter under the rug, and believes in talking about it instead of opting for silence.
"Yes, there is a whole thing of generations of being awkward about things, but if you start taking a decision like 'Okay, I am not going to feel like that', it will make a difference," she said.
The actress said a natural process like menstruation should be spoken about. "It should not feel awkward touching the pad in front of people. These are small things with which people have issues," she said.
According to Radhika -- who is associated with sanitary napkin brand Whisper India as an "influencer", it is not only men who have issues talking about it. "Women also have issues about it. It is all a part of society and upbringing, and it is high time we changed it," she said.
Filmmaker R. Balki has picked the story of Arunachalam Muruganantham to narrate through Padman, with actors Akshay Kumar, Sonam Kapoor and Radhika in the lead roles.
Padman will chronicle how Muruganantham set out on a mission to make affordable sanitary napkins after seeing his wife's ordeal and poor menstrual hygiene, and was shunned by his own family and village.
More than the end result of finally succeeding in making affordable sanitary napkins, it is the road that leads to it which makes for a compelling tale.
From creating a fake uterus to test out his protype and raising eyebrows in the village for washing bloodied clothes in public, to being ostracised on the suspicion of having a sexual disease and being possessed by evil spirits -- there are many facets to Muruganantham's story.
Ask Radhika about how his story is getting a Bollywood makeover, and she says she is "absolutely not" allowed to talk about it, but things are heading in the right direction.
"All I can I say is that as you know it is about a pad man and has a sanitary napkin on the poster. So there is a lot of scope for imagination.
"I am very happy that something like this is being handled at such a big level in Bollywood," said Radhika, who hails from Pune and lives in London with her husband Benedict Taylor.
Radhika entered the industry with a small role in the 2005 release Vaah! Life Ho Toh Aisi!, and is known for films like Shor in the City, Kabali, Phobia, Badlapur, Manjhi - The Mountain Man and short film Ahalya.
At the moment, all her focus is on Padman.