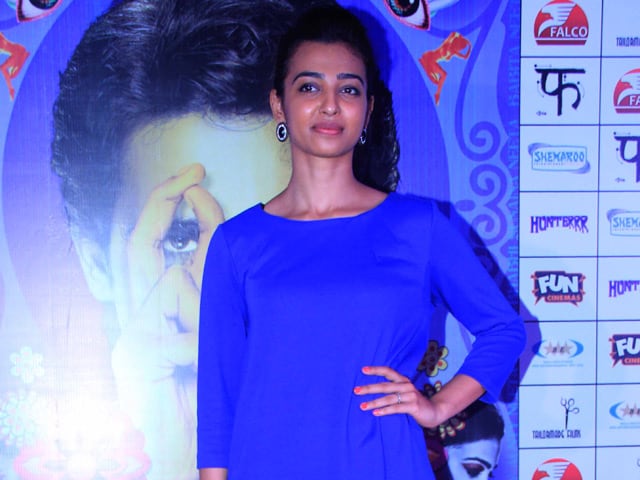 Radhika Apte at an event for the promotion of her film Hunterrr.

"If that's the sole purpose of an item number - to wear less clothes and dance - I don't like it. I will not do it," said Radhika Apte

Actress Radhika Apte, who picks content-driven films, said that she would not do an item song which objectifies women.
When asked if she's willing to do item songs in Bollywood, the Hunterrr actress said, "It all depends on what it is. What is item number? It is a song and dance sequence. But if you are objectifying a woman and if that's the sole purpose of an item number - to wear less clothes and dance - I don't like it. I will not do it."
The actress, who has worked in films in as many as seven languages, also roots for equality in the remuneration of male and female actors in film world.
"There is inequality. Male actors get extra money. I don't like it. There are lots of inequalities. There should be some criteria on the basis of which we should be paid money. At times, I feel I am getting such less money and the actor working with me is getting so much. I feel bad," she told IANS.
Before Hunterrr, Radhika was seen in Badlapur.