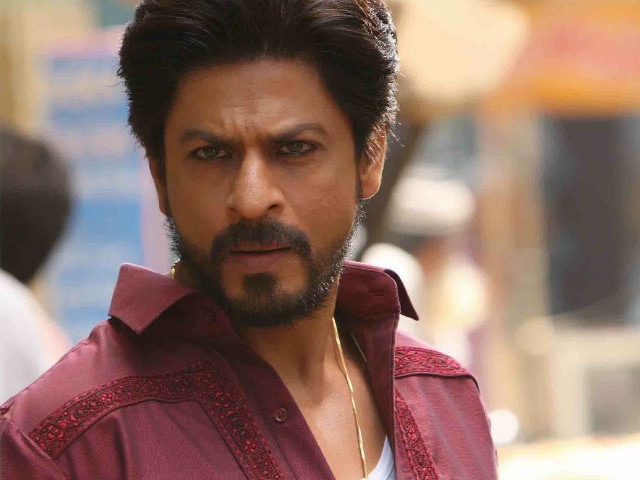 Raees Box Office Collection: Shah Rukh Khan in a still from the film

Shah Rukh Khan's much-anticipated Raees finally hit screens on Wednesday, and it arrived with a bang! Raees raked in a whopping sum of Rs 20.42 crores on the opening day, reports trade analyst Taran Adarsh. "Raees has a fantastic day one," tweeted Mr Adarsh. Raees was initially slated to release on Eid last year but was rescheduled multiple times - first, to avoid clash with Salman Khan's Sultan, which released on the Eid weekend of July 2016. Raees roped in January 26 for release. Raees took everyone by surprise when Shah Rukh announced yet another rescheduled date - January 25. Meanwhile, Hrithik Roshan's Kaabil was supposed to release over the Republic Day weekend. Both films clashed at the box office on Wednesday.
Mr Adarsh also predicts that considering Raees raked in a "fantastic" amount mid-week, it is expected to perform better on Republic Day. In a tweet on Thursday, Shah Rukh mentioned that Mr Adarsh's predictions have come true.

Shah Rukh's film performed better in places like Mumbai, South and West Bengal as compared to Delhi, reports boxofficeindia.com. The first day figure of Raees ranks fourth highest for a Shah Rukh Khan-film after hits like 2014's Happy New Year, 2013's Chennai Express and 2015's Dilwale, also reports boxofficeindia.com. According to boxofficeindia.com, Hrithik Roshan's Kaabil scored Rs 7.75 crores on first day.
In his review for NDTV movies, Saibal Chatterjee writes: "SRK is on top of his game here, recalling his Chak De! India performance in the process. With an effortless actor like Nawazuddin Siddiqui snapping at his heels, the lead actor is always on his toes."
"The modulations that SRK brings to the act are impressive not only on the level of craft but also in relation to the layers they add to the conflicted character. Nawazuddin, in the middle of a red-hot streak, operates in a totally different zone. He digs his teeth deep into his meaty role with customary elan and delivers a dazzling performance," he adds.
Raees stars Shah Rukh Khan, 51, as liquor baron Raees Alam who operates in the dry state of Gujarat. It also marks the Bollywood debut of Pakistani Mahira Khan, who features as Raees' wife in the film. Nawazuddin Siddiqui stars as a cop, who attempts to bring Raees down in the film. Directed by Rahul Dholakia, Raees also features Sunny Leone in a special song Laila O Laila, which is a reprised version of Zeenat Aman's hit song from 1980 film Qurbani.