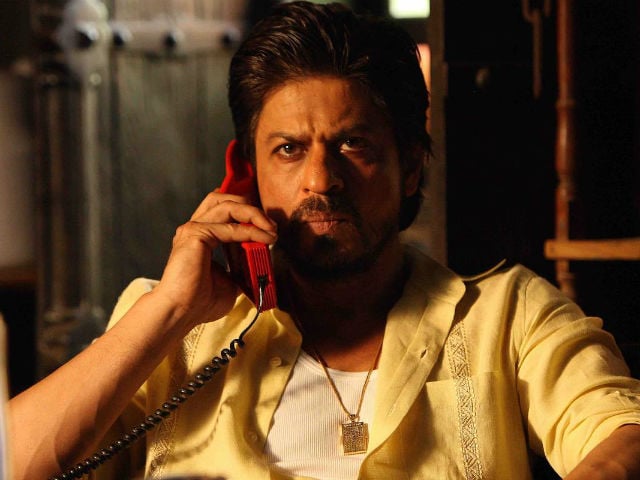 Shah Rukh Khan features as a liquor baron in Raees

Shah Rukh Khan's gangster-drama Raees collected Rs 118.50 crore on Day 11, reported Box Office India. The film showed a growth of around 50%, which according to Box Office India is the normal trend for the second weekend. The film collected Rs 4 crore on the second Saturday. Raees is the most-anticipated films of 2017 and one of SRK big release. Box Office India states that the growth on the second Saturday is not huge as films can grow 80-100%. However, Box Office India predicts that Raees will cross the business of other Republic day week releases like Agneepath and Airlift shortly but, it's still an under performance.
Raees opened at the box office with Hrithik Roshan's Kaabil on January 25. Both the films cashed on the extended weekend holiday during Republic Day. The business of Raees, as per Box Office India's statistics is as follows: First Week - 1,11,75,00,000 (nine days), Friday - 2,75,00,000, Saturday - 4,00,00,000 and Second Weekend - 6,75,00,000 (two days).
Shah Rukh Khan's Raees marks the debut of Pakistani actress Mahira Khan, who plays his wife. SRK plays Raees Alam, a liquor baron of Gujarat and Nawazuddin Siddiqui features as a cop, who tries to bring down Raees' business down. Sunny Leone features in a special dance number Laila Main Laila, a remixed version of Zeenat Aman's 1980's song.
Raees was promoted by the makers of the film and Shah Rukh Khan on a large scale. Team Raees even promoted the film through rail. Raees is directed by Rahul Dholakia and co-produced under Red Chillies Entertainment and Excel Entertainment.