Raees By Rail: Shah Rukh Khan Logged His Train Ride With Posts From Stations Along The Way

Raees By Rail: Shah Rukh Khan told the press that he was "nervous and excited" about the journey 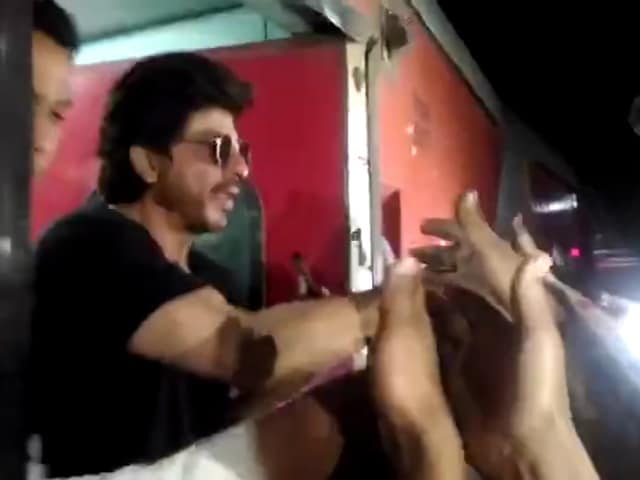 Shah Rukh Khan's 18-hour train journey from Mumbai Central to New Delhi's Nizamuddin station promoting Raees has been documented on his Twitter account with posts from each stop he made on the way. SRK left Mumbai at 5.40 pm on Monday on the August Kranti Express. The 51-year-old star tweeted from Vapi, Valsad, Surat and Kota, posting video snippets of platforms crowded with fans waiting to welcome him. There is no post from Vadodara, where one person died after reportedly suffering a heart attack when police allegedly lathi-charged the crowd. From most other stops, SRK shared his interaction with fans, thanking them for waiting for him. First stop - Vapi in Maharashtra, where SRK distributed gifts to a crush of fans three tiers thick.

From Vapi to Valsad and then Surat.


All lights and love in Valsad. Thank u for welcoming team Raees. pic.twitter.com/0xzP2zIRBE

The station at Kota was filled with young men and women.

Shah Rukh Khan hasn't posted video of his stop at Sawai Madhopur so we'll show you a glimpse:

As SRK waved to his cheering fans, actress Sunny Leone was inside the train, all bundled up and looking out of the window. Sunny appears in a a special song in Raees, a remix of Zeenat Aman's Laila from 1980 film Qurbani.

Here are pictures of SRK boarding the train in Mumbai. 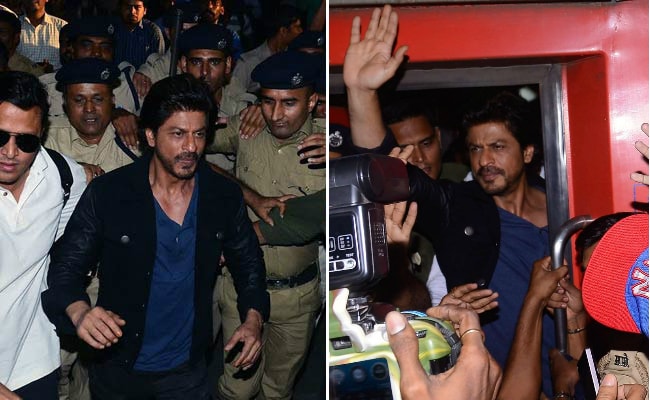 Shah Rukh Khan told the press that he was "nervous and excited" about the journey. He hasn't been on a train ever since he first went to Mumbai from Delhi - except for one time with his kids and for scenes in his films.
Raees, the film this journey is in aid of, opens tomorrow. It is directed by Rahul Dholakia, who is on the train with Shah Rukh Khan and Sunny Leone, and co-stars Nawazuddin Siddiqui and Mahira Khan.