Raees By Rail: While Shah Rukh Khan Met Fans, Sunny Leone Was Looking Out The Window

Raees By Rail: Dressed in a bomber jacket and casuals, Sunny Leone is all prepped for the Delhi cold. Sunny looked out of the window as fans went berserk for a glimpse of the superstar 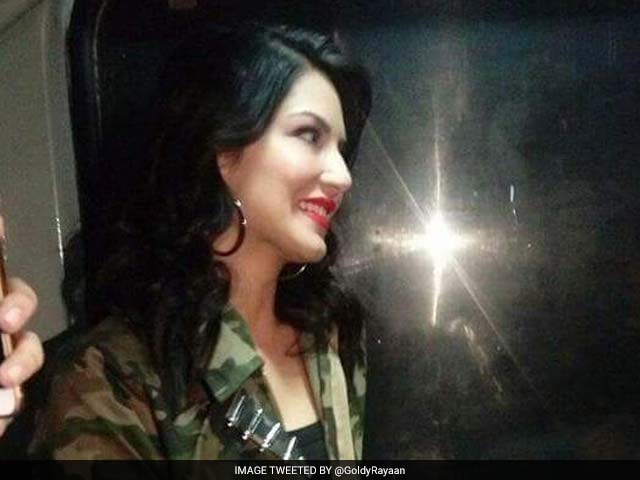 Sunny Leone features in a song in Raees (courtesy: GoldyRayaan)

Shah Rukh Khan is just hours away from setting foot in his hometown, Delhi. Shah Rukh is currently onboard the Raees-special August Kranti Express for his journey from Mumbai to Delhi. After settling in a train compartment comfortably, the 51-year-old actor confessed that he misses his youngest son AbRam but meanwhile, keeping him company is actress Sunny Leone. Sunny is also part of Team Raees as she features in a special song Laila O Laila, which is a reprised version of Zeenat Aman's popular Laila O Laila from 1980 film Qurbani. Dressed in a bomber jacket and casuals, Sunny is all prepped for the Delhi cold. Sunny looked out of the window as fans went berserk for a glimpse of the superstar.
It appears, not many were aware of Sunny's presence in the train.

Our lovely #LaiLa@SunnyLeone Is Also There in Train Journey
Just some hours more for #RAEES
Be ready pic.twitter.com/r2qDIHPe8e

I don't think anyone observe @SunnyLeone (laila)is with @iamsrk (Raees) in train at vadodara..Welcome @iamsrk king in your kingdom..lvusir.. pic.twitter.com/hIYWkCXokV

Sunny's husband Daniel Weber also shared an update from inside the train:

Shah Rukh's 18-hour journey has been quite joyful with stops at Surat, Bharuch, Baroda, Ratlam and Kota. He was greeted with a delighted bunch of fans, who simply could not stop cheering. Shah Rukh kept us updated on Twitter:

All lights and love in Valsad. Thank u for welcoming team Raees. pic.twitter.com/0xzP2zIRBE

On Monday evening, Shah Rukh arrived just in time at Mumbai Central to board his train to Delhi. The August Kranti Express left merely minutes after SRK stepped onto the train. "The train would have waited for me. Even if I hadn't got into the train I would have got on top and done Chhaiya Chhaiya," SRK told us, referring to his dance number atop a train from 1998 film Dil Se. 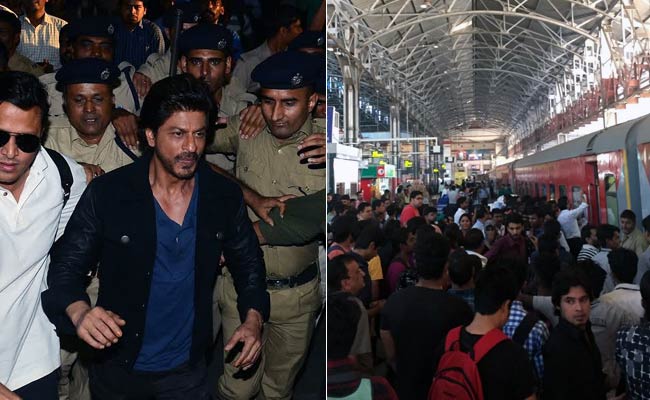 About AbRam, he said: "I wish I had brought AbRam along with me. Because he loves to travel. And he knows the whole team, he would have been comfortable." Before leaving home for the station, Shah Rukh Khan confessed about being "nervous." He told the press: "I was so excited and nervous because I was going to travel by train after a very long time, apart from one time with my kids."
Raees stars Shah Rukh Khan as liquor baron Raees Alam who operates in the dry state of Gujarat. It also marks the Bollywood debut of Pakistani Mahira Khan, who features as Raees' wife in the film. Nawazuddin Siddiqui will be seen as a cop, who attempts to bring Raees down.
Shah Rukh Khan's train pulls into Delhi's Nizamuddin station Tuesday morning. Raees releases on January 25, when it will clash with Hrithik Roshan's Kaabil.