Raees, Kaabil In Theatres: What Hrithik Roshan Says About Piracy 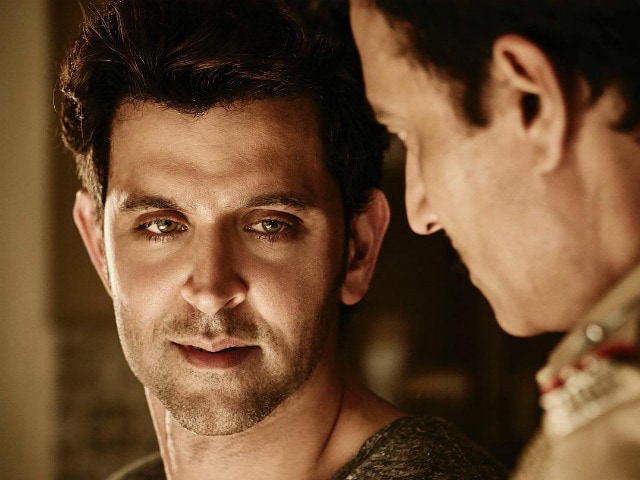 Raees, Kaabil At Theatres: Hrithik Roshan in a still from his film

Actor Hrithik Roshan's Kaabil hit screens along with Shah Rukh Khan's Raees on January 25. In October, it appeared that Hrithik and Yami Gautam, co-stars of Kaabil, shared the trailer of the film on social media quite suddenly - it was a day ahead of the scheduled date. According to a report in Times Of India, Team Kaabil revealed that the trailer of Kaabil was leaked and being shared on social media, and they were advised to cut short the build-up. Hence, the trailer arrived on October 25 instead of October 26. In a tweet on Tuesday, the 43-year-old actor urged everyone to help stop piracy and report pirated versions of both Kaabil and Raees, if found. "Anybody find links of Kaabil or Raaes, please let us know," tweeted Hrithik Roshan.
Shah Rukh's Raees is way ahead of Hrithik's film in the race to box office glory. According to Box Office India, Raees stands at Rs 103.50 crores including collections for Day 7 while Kaabil has made Rs 61.50 crores so far. Ahead of the big box office clash, Hrithik told NDTV: "It doesn't matter to our friendship because there's communication and understanding. If there was no communication and understanding then there would be a problem. And so far, there has been no reason for me to doubt our friendship."
Here's proof:


Help us curb piracy guys. Anybody find links of Kaabil or Raaes pls let us know. Love u guys

Hrithik also posted a wonderful message for Shah Rukh, on the much-awaited day of Kaabil and Raees' release:


Dear @iamsrk today as a mentor Im sure u will inspire me yet again with #Raaes and as a student I hope you are proud of me with #Kaabil.

This is how Shah Rukh responded.


@iHrithik wish could have avoided overlap of releases. That said...my love to u & @yamigautam dad & @_SanjayGupta. Kaabil wil b awesome

Sanjay Gupta directs Hrithik Roshan for the first time in Kaabil, which also stars brothers Rohit and Ronit Roy as antagonists. Both Hrithik and Yami play visually impaired characters in the film - Hrithik plays video game developer Rohan Bhatnagar while Yami stars as piano artist Supriya. Hrithik's filmmaker father Rakesh Roshan produces the film.
In an interview with Times Of India after the trailer leak, Rakesh Roshan had said that Team Kaabil is prepared to be more careful during the film's release: "We had planned our marketing and PR strategy around the actual date of the trailer launch. Now everything had to be changed at the last minute. I'm shocked and saddened at this hacking or stealing or whatever it is. It's obviously with a malicious intent. What pleasure can someone get by doing this? It's just hurtful. But now we have upped the ante and are being even more vigilant around the movie release," said the Krrish director.
Raees casts Shah Rukh Khan as liquor baron Raees Alam, who operates in Gujarat. Mahira Khan plays the role of Raees' wife and Nawazuddin Siddiqui features as a cop. Hrithik Roshan and Shah Rukh Khan have co-starred in Karan Johar's 2001 family drama Kabhi Khushi Kabhie Gham....