Rakesh Roshan said, "Very good for us that both Raees and Kaabil are doing well" 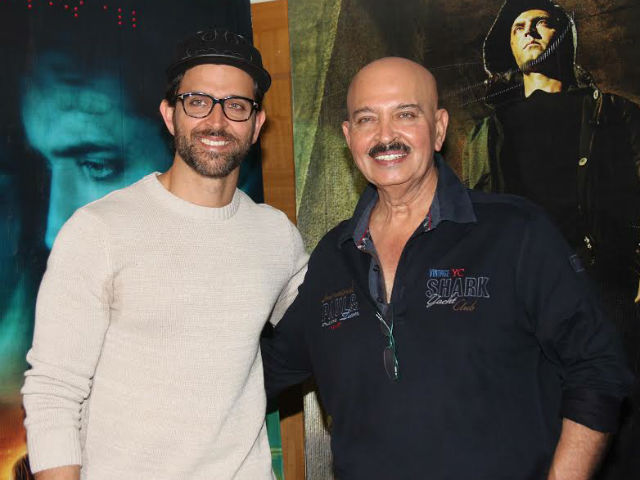 Kaabil's producer and Hrithik Roshan's father Rakesh Roshan, who said he is happy that his film and Shah Rukh Khan's Raees is doing well at the box office. News agency IANS quoted Mr Roshan as saying, "Very good for us that both the films are doing well. Saara zamaana, cinema ka deewana." Kaabil and Raees released simultaneously at the box office on January 25 after multiple time and date changes. Mr Roshan was angry that the makers of Raees booked their film into the same box office slot. Kaabil received fair reviews and in a week's time has managed to collect Rs 61.5 crore at the box office while Shah Rukh Khan's Raaes stands at Rs 103.50 crore.
"It is big happiness for all of us because we made the film with a lot of hard work and passion. The audience has given lots of love to the film and this gives us more happiness and energy to come up with more good films in future," said Rakesh Roshan to IANS.
Kaabil features Hrithik Roshan with Yami Gautam. They play a visually-challenged couple. It also stars Ronit Roy and Rohit Roy in pivotal roles. Hrithik seeks revenge for his wife's death in the Sanjay Gupta-directed film.
Hrithik, who made his debut in 2000 with Kaho Naa Pyaar Hai opposite Ameesha Patel, was launched by his father Rakesh Roshan. The film was a huge success at the box office. "I feel the love we are receiving for Kaabil is same as when I made Kaho Naa Pyaar Hai," told Mr Roshan to IANS. He has also directed Hrithik in the Krrish series.
(With IANS inputs)