While leaving Mumbai, Team Raees will take their cars to the Bombay Central Railway station and not the airport. Shah Rukh and Team Raees are all set to board the August Kranti Rajdhani Express on January 23 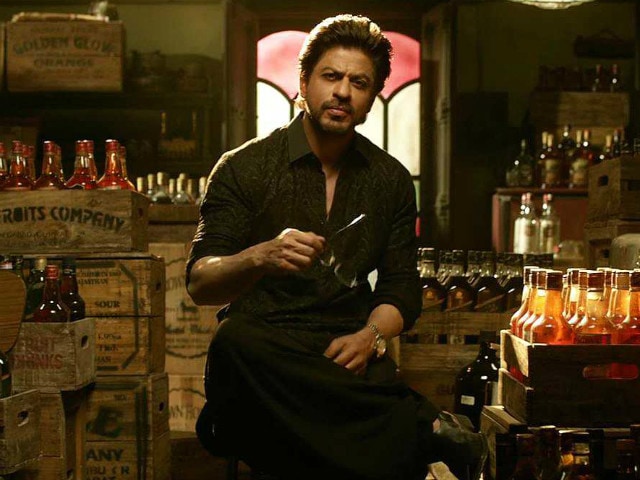 Raees: Shah Rukh Khan will be in Delhi soon

Shah Rukh Khan is just a few days away from Raees and is taking his film everywhere. He will be on the sets of Salman Khan's Bigg Boss 10 tomorrow and in New Delhi the following week. But news is that Shah Rukh Khan's arrival in the capital will be in much-style. While leaving Mumbai, Team Raees will take their cars to the Bombay Central Railway station and not the airport. Shah Rukh and Team Raees are all set to board the August Kranti Rajdhani Express on January 23 - the train leaves at 5 pm and reaches Delhi's Hazrat Nizamuddin station at 10.55 am the next morning. We wonder, when was the last time Shah Rukh had travelled by train!
Currently Team Raees, also comprising producer Ritesh Sidhwani and director Rahul Dholakia, are busy packing bags. Directed by Rahul Dholakia, Raees stars Shah Rukh Khan as a liquor baron, who operates in the dry state of Gujarat. Team Raees promotional strategy is to connect with the masses, just like Shah Rukh's character Raees Alam does in the film. Raees also marks Pakistani actress Mahira Khan's Bollywood debut and releases on January 25.
Shah Rukh Khan will also complete 25 years of his career in the industry this year. The 51-year-old actor made his debut with 1992's Deewana, which fetched him the Filmfare Award for Best Male Debut. Shah Rukh, however, delivered blockbuster performances as antagonists in films like Baazigar, Anjaam and Darr. Talking about his early career choices, Shah Rukh shared a 'secret' with NDTV on Spotlight. He said: "The reasons I agreed to do roles which the other guys were saying no to (for whatever their mindset was), a Darr or a Baazigar, was because I thought I'm not good-looking enough to be a hero, so let me just get a villain's job. I didn't do it because I was gutsy or because I knew I could pull it off, I'm such a great actor."
Raees hits screens on January 25, when it will clash with Hrithik Roshan's Kaabil.