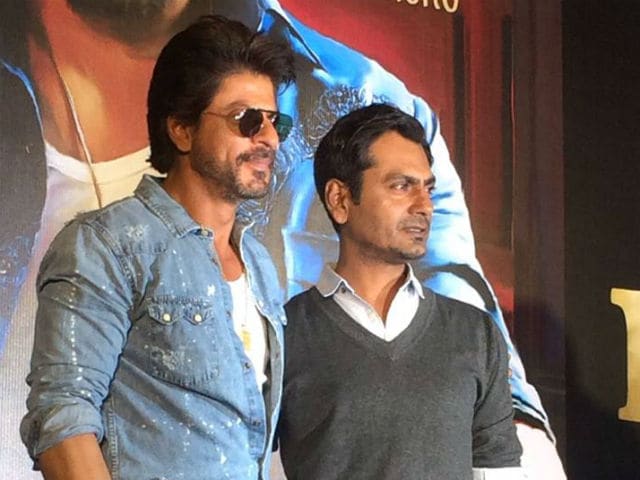 Nawazuddin Siddiqui has had an 18-year long career in Bollywood. Most of it was spent in oblivion doing roles that helped put food on the table. But while the roles were small, they weren't unimportant. Be it the informer in Aamir Khan's Sarfarosh or the suspect in Anurag Kashyap's Black Friday, Nawaz was always noticed. By the time Gangs of Wasseypur hit the big screen, the 42-year-old actor was a festival favourite looking to make a mark in cinema that would also be commercially viable. Gangs of Wasseypur hit the mark and after that Nawazuddin Siddiqui has worked in many big films. He co-starred Salman Khan in Kick and Bajrangi Bhaijaan and now, he will soon be seen as the good cop in Shah Rukh Khan's Raees.
While talking to NDTV exclusively during the promotions of his latest HaramKhor, Nawazuddin had an anecdote to share. "Shweta Tripathi my co-star in HaramKhor is responsible for me doing Raees. Shweta called me one day asking me whether I would be interested in a script that Rahul Dholakia had to offer. These were really early days and Shah Rukh Khan wasn't part of it yet," he said.
So does that mean that before Shah Rukh came into the 'picture' it was Nawazuddin who was the first choice to play Raees?
"That's something I would not want to get into at this point in time," said the Bajrangi Bhaijaan actor with a smile that revealed more than he intended to.
Raees was researched for more than four years before it finally took shape for a film which now stars Shah Rukh Khan. Directed by Rahul Dholakia the film will release on January 25.