Raees: Sunny Leone's Song Laila Main Laila Is A Rage In Theatres, She Loves The "Madness" 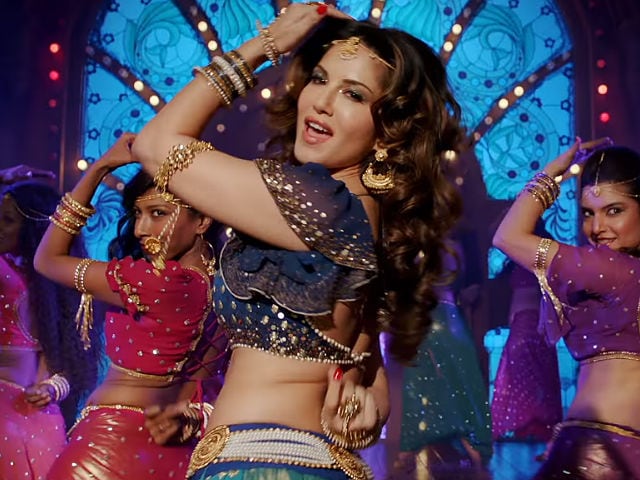 Sunny Leone appears in just one song in Raees

Shah Rukh Khan's Raees released on Wednesday and since then fan clubs have shared videos of audience going berserk when Sunny Leone's dance number Laila Main Laila hits the screen. Sunny's song is a revamped version on 1980 film Qurbani track Laila O Laila which was picturized on Zeenat Aman. Laila Main Laila was the first song released by the makers of Raees in December last year and it had sent the Internet into an immediate meltdown back then. Sunny Leone, 35, is super thrilled and shared many of the videos on her Twitter page along excited comments.
Here's what happened when Laila Main Laila hit the screens:


Each video is better and better. Keep the madness going !!! Love you all!! https://t.co/QM5En2KyQM

Meanwhile, Pakistani actress Mahira Khan, who was cast opposite Shah Rukh Khan in the film, also congratulated Sunny for the phenomenal response to her song sequence and in a separate tweet promised to send Sunny a video of herself dancing to Laila Main Laila:


Can't wait to watch this! Will send you a video of me dancing just like these fans ;) https://t.co/EUbvI2qUhB

Raees, directed by Rahul Dholakia opened to fantastic reviews and collected above Rs 46 crore in two days. The film is jointly produced by SRK, Ritesh Sidhwani and Farhan Akhtar.
The film chronicles the story of Raees Alam, a liquor baron in Gujarat and his rise in the field of politics with hindrances from Superintendent of Police Jaideep Ambalal Majmudar, played by Nawazuddin Siddiqui.
Reeas released alongside Hrithik Roshan's Kaabil, which collected Rs 10. 43 crore on the first day. It is directed by Sanjay Gupta and produced by Rakesh Roshan.