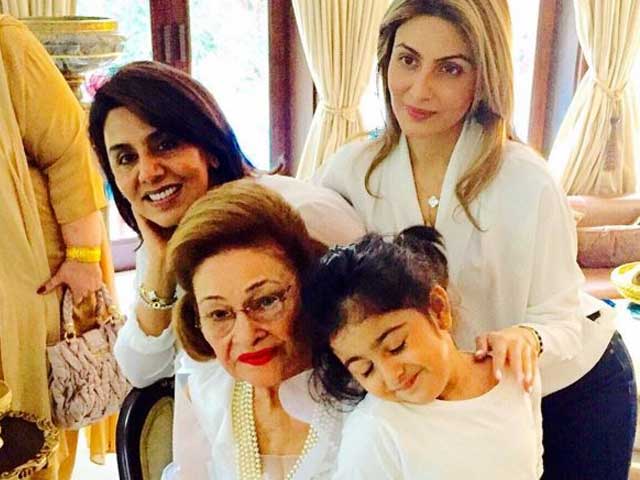 Krishna Raj Kapoor, wife of late actor-filmmaker Raj Kapoor has been admitted to Mumbai's Breach Candy Hospital for 'age-related ailments', her eldest son Randhir Kapoor said on Friday.
"She has been hospitalised. She is stable now and shall be getting discharged soon. It is just age-related issues. Nothing to worry about," Randhir Kapoor, father of actresses Karisma Kapoor and Kareena Kapoor Khan, told IANS.
Media reports have speculated that Krishna Raj Kapoor has been hospitalised since a fortnight, but Randhir Kapoor did not disclose anything.
Randhir Kapoor, his actor-brother Rishi Kapoor and their sister Reema Jain have been visiting their mother and looking after her.