Raj Kumar Yadav: Want to do both independent and commercial cinema 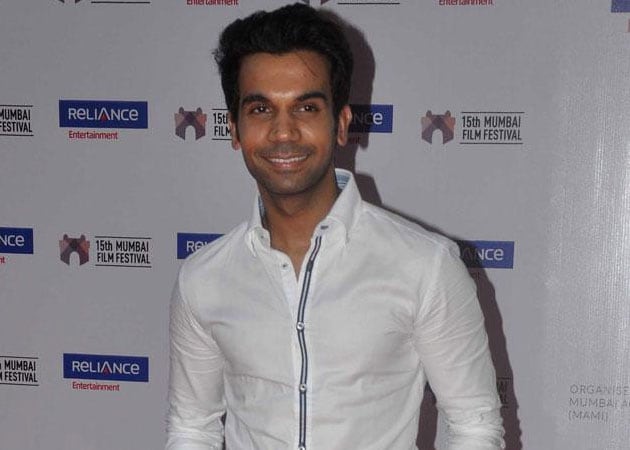 Bollywood actor Raj Kumar Yadav says he would like to strike a balance between commercial and independent cinema.

With successful commercial films such as Love, Sex Aur Dhoka (LSD) and Kai Po Che! to his credit, Bollywood actor Raj Kumar Yadav says he would like to strike a balance between commercial and independent cinema.
"I would like to do all kinds of films. I have already done quite a few successful commercial films like Ragini MMS and I have also done independent films. In future, I would like to continue doing both commercial and independent films," Raj Kumar told IANS.
The 29-year old, who has also featured in films such as Chittagong and Shahid, said: "I see film as film and I don't like to categorise them. As an actor, I always look forward to doing all types of films."
In his three-year-old career, Raj Kumar has played varied roles. He was seen as a supermarket supervisor who tries to make quick bucks by shooting a sex tape in LSD, a freedom fighter Lokenath Bal in Chittagong and a police inspector in Shaitan.
"I would say it has been a conscious decision to do different roles. I was quite lucky that I got such parts and such scripts and somewhere I have also been quite careful in choosing my scripts and I will continue being like that in future as well," said Raj Kumar and added: "I think it was a combination of luck and being careful."
Is there any particular kind of role or film he wouldn't do?
"I'm an actor and I can't restrict myself. I want to be prepared to do any kind of film or role," he said.
Raj Kumar, who has worked with Bollywood stars such as Aamir Khan and Manoj Bajpayee, is being regarded as the next Nawazuddin Siddiqui.
But he said: "I don't like to be compared with anyone. I have immense respect for Nawaz. I'm his big fan but I just want to make my own identity and I don't want to be called anybody's next. I'm happy being accepted and appreciated as Raj Kumar."
As an actor he has worked with some of India's best and finest filmmakers such as Dibakar Banerjee, Anurag Kashyap, Bejoy Nambiar and Abhishek Kapoor, but he gives importance to the story.
"I always give importance to the story because it is what makes a film work at the box office. If you have a powerful story then everything else automatically falls in place," he added.
He has also been associated with big studios such as UTV Motion Pictures, Viacom 18 Motion Pictures and Balaji Motion Pictures.
Does he not give importance to a banner before signing a film?
"Banner is equally important. I think it is important for a film to have a wider release. But, for me, the most important thing with regards to a film has to be the story, which comes first," he said.
Raj Kumar, who is awaiting the release of Vikas Bahl-directed Queen, doesn't plan his career.
"I have no plans as such that this will be the next film I want to do. For instance, I don't plan to do a film that will make Rs 100 crore or get critically acclaimed. I listen to a story, read a script and if I like it and it excites me, I do it," he said.
He has also recently started a film with Mahesh Bhatt.