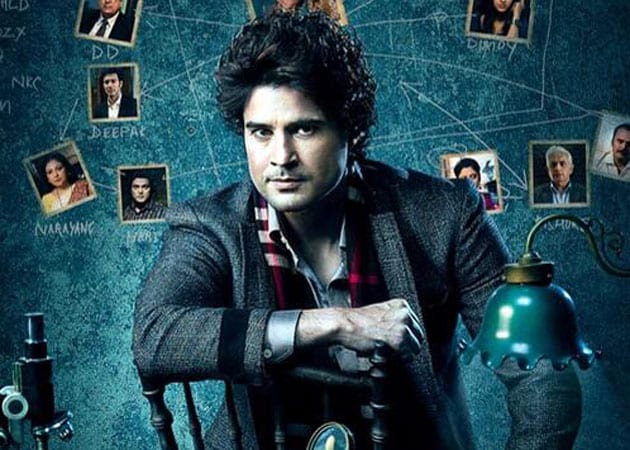 Rajeev Khandelwal as a detective in his upcoming movie Samrat & Co

Actor Rajeev Khandelwal, who will be seen as a detective in his upcoming film Samrat & Co, says it is mere coincidence that a number of similar movies are lined up for the audience.

Actor Rajeev Khandelwal, who will be seen as a detective in his upcoming film Samrat & Co, says it is mere coincidence that a number of similar movies are lined up for the audience.
Samrat & Co is a detective thriller produced by Kavita Barjatya under the Rajshri banner.
Anurag Basu's Jagga Jasoos starring Ranbir Kapoor and Katrina Kaif, Dibakar Bannerjee's Detective Byomkesh Bakshi with Sushant Singh Rajput in the lead, and Vidya Balan starrer Bobby Jasoos, are some of the movies in the detective genre, which are in the making.
"I think it is coincidence that quite a few detective films are being made today. I think Rajshri Productions had announced their plans of making of a detective film first. Then, after a gap of few months one started hearing about other detective films," Rajeev told PTI.
"There are 20-25 romantic-comedy films and south remakes being made in Bollywood, so it is ok to have more films in this space also," he added.
The actor said there is no competition as all the films in this genre will not release simultaneously.
"I think it is too early to say anything about these films because I don't know what they are doing. The people who are doing these films like Ranbir Kapoor, Vidya Balan and Dibakar Banerjee are all talented. I think all these films are coming at different time, so there is no competition with each other," he said.
It was the banner (Rajshri Productions) and the script that attracted Rajeev towards Samrat & Co.
"I said yes to this film within two hours or so. Otherwise I take time to give my nod for a film. I feel choosing the right kind of banner is important to get a wider and better release and a film does well only if the script is good," he said.
Rajshri Productions, known for their family dramas, is getting into the space of detective films for the first time.
"When they came with this film to me, I was surprised that they were coming up with a film like this, but the script is amazing," Rajeev said.
"It gives me excitement to do a detective film. There should be awareness about this film so that more and more people can watch it. The film is meant for eight-year-old boy to 80-year-old person," he said. Rajeev was in for a surprise when this subject was offered to him from the banner.
The actor said Samrat & Co is different from the usual detective films. "It is an honest and serious detective film. It is not that we have added or mixed certain things keeping in mind Bollywood sensibilities and kept the detective part in background. There is element of humour but it is in a different way which goes with the film," Rajeev said.
The film is directed by Kaushik Ghatak and stars Rajeev, Rajniesh Duggal, Smita Jaykar and Naveen Prabhakar.