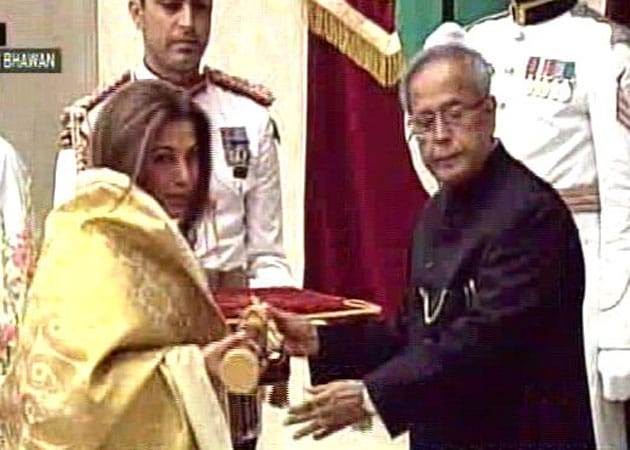 The award was collected on his behalf by his wife Dimple Kapadia. Mr Khanna died on July 18 last year. (Image: Doordarshan)