Rajinkanth was eager to know about the film and whether it has been dubbed in Tamil. He was also surprised to learn that Sushant learnt the nuances of Dhoni's cricketing style. A visibly enamored Sushant blushed 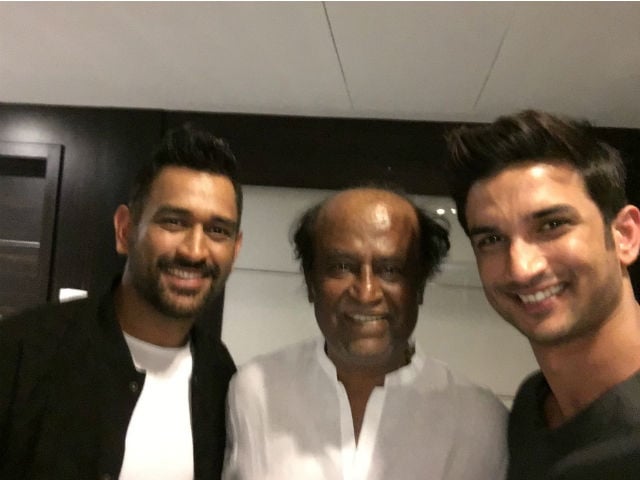 Actor Sushant Singh Rajput and cricketer M S Dhoni met Rajinikanth while promoting M S Dhoni : The Untold Story at superstar's Chennai residence on Friday.
Rajinikanth was eager to know about the film and is it will be dubbed in Tamil. He was also surprised to find out that Sushant learnt the nuances of Dhoni's cricketing style. A visibly enamoured Sushant blushed.
Dhoni posted the video of meeting with the superstar on Facebook. Rajinikanth's wife Latha can be seen updating the actor with details of the film.

The 1.13 minute long video seems to be a teaser to the meeting. Earlier, Dhoni who is a huge fan of Rajinikanth, imitated the actor at an event. Dhoni flipped his jacket- Rajini style and delivered a famous dialogue from his 1999's film Padayappa. A fan shared the video on Twitter:

Dhoni is clearly a true-blue fan. Earlier this month, the cricketer tried to copy Rajinikanth's Kabali pose and Instagrammed the picture.


Only the gun missing