Rajkumar Hirani Has a Great Idea For 3 Idiots 2, Let PK Sequel Be

"After the amount of bashing we got for it, we would rather be careful with PK. We want to make one for 3 Idiots. Let PK be for a while, unless we can use the alien to do something else," said Rajkumar Hirani 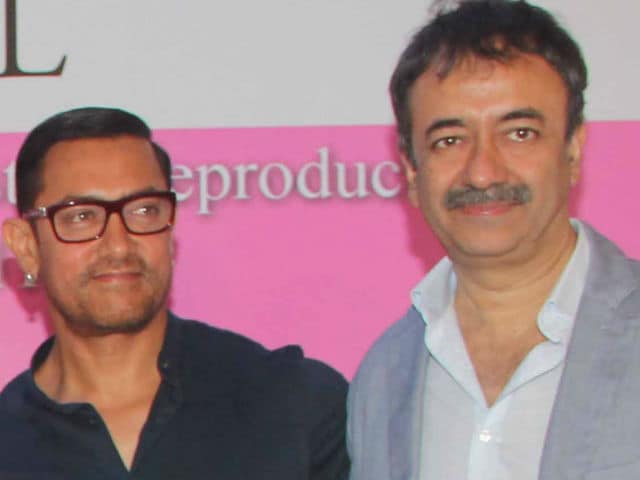 PK, starring Aamir Khan, was critically acclaimed by the audience, but the movie triggered so many controversies that director Rajkumar Hirani recently said that he would be rather careful before planning for a sequel to the movie.
According to a DNA report, Mr Hirani said, "After the amount of bashing we got for it, we would rather be careful with PK. Munna Bhai, of course, will have a sequel. We want to make one for 3 Idiots. Let PK be for a while, unless we can use the alien to do something else."
The movie collected almost Rs 800 crores but at the same time was bashed by majorly for its ironical take on godmen and superstition.
Several Hindu organisation vandalized theatres screening the film, ripped posters featuring naked Aamir and also demanded a ban on it.
However, the director has some great plans for the second outing of 3 Idiots.
Saying that he would "love to work with Aamir", he added, "Aamir is always a complete joy to work with. He is one of those rare persons, who gets completely involved in the film. So, I would love to work with him. In fact, in between, we have a great idea for 3 Idiots 2. It's still very sketchy, but out of excitement, Abhijat and I bounced the idea to Aamir, and he is also very keen to do it someday. If that happens, then we would love to work together."
Being one of the biggest blockbusters of all time, the movie also featured Sharman Joshi, R Madhavan, Kareena Kapoor Khan and Boman Irani.
Sharman has already expressed his eagerness on the sequel, Madhavan, too, had earlier said he would be a part of the cast.
(Except for the headline, this story has not been edited by NDTV staff and is published from a syndicated feed.)